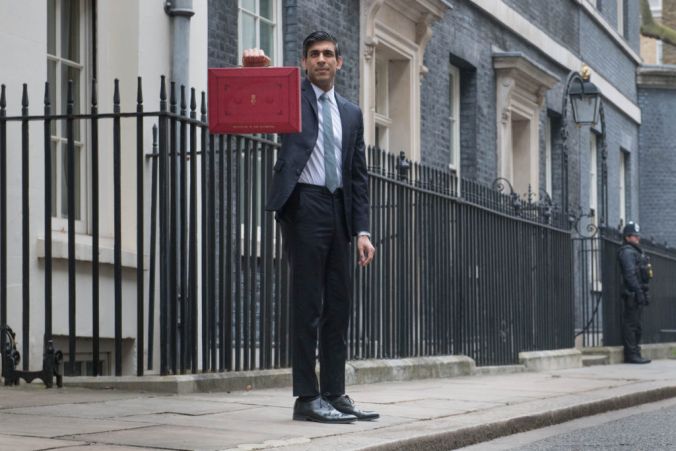 Britain’s Chancellor Rishi Sunak has insisted that freezing income tax thresholds is a “progressive” form of taxation amid warnings that he needs to do more to tackle the sluggish growth in living standards.

Mr Sunak said that “no one’s take-home pay that they have today is affected or lowered by this policy”, though analysis suggests many more people will be dragged into paying tax as wages increase.

In Wednesday’s Budget, he announced that the point at which people begin paying income tax will increase by £70 to £12,570 in April, but will be maintained at that level until April 2026.

Mr Sunak told Sky News: “Freezing personal tax thresholds is a progressive way to raise money. I think crucially what people need to understand is that no one’s take-home pay that they have today is affected or lowered by this policy.

“What it does do is remove the incremental benefit that they might have experienced in future as inflation fed through to their wages.

“Also crucially, those on higher incomes are affected more by this policy – it is a very progressive policy and that is something that has been noted by independent think tanks that are respected, like the Institute for Fiscal Studies and others who have made the point that the richest 20% of households, for example, will end up contributing I think 15 times more than those on the lowest incomes.

“That is why this is a fair way to help solve the problems that we need to.”

The Resolution Foundation said Mr Sunak has “big questions still to answer”, and that the Chancellor’s cut of £4 billion a year in public spending would be “challenging to deliver”, and estimated a further £15 billion would be needed by 2025.

This sum would be required to give Mr Sunak “enough fiscal space to credibly see net debt sustainably falling in the face of future recessions”, the think tank warned.

Its overnight analysis suggested the average UK wage will be 4.3%, or £1,200, below the pre-crisis path by the middle of the decade and that this parliament will oversee the second slowest growth in living standards on record.

The think tank also said the basic level of benefits will go back to levels last seen in the latter days of Margaret Thatcher and the early John Major years, just as unemployment is due to peak.

Separate estimates from the Joseph Rowntree Foundation said the plans to end the uplift in Universal Credit and Working Tax Credit in September – when the furlough scheme also ends – will see half a million people, including 200,000 children, placed into poverty.

GDP rising, incomes falling. While GDP is set to grow by 4% this year, the fastest growth since the late 1980s, real household disposable incomes are set to fall marginally – highlighting the risk of the recovery not feeding through into living standards as unemployment rises. pic.twitter.com/og3sugxdmk

Torsten Bell, chief executive of the Resolution Foundation, said: “The Chancellor has gone big on both support for the recovery now and tax rises in future.

“This is broadly the right approach to take in terms of protecting the economy now, securing a recovery next, and repairing the public finances later.

“But the details of his plans leave serious questions to be answered about whether enough has been done to support households in the recovery to come, how credible it is that further reductions in planned spending can be delivered, and if the UK’s public finances have really been put on a sustainable footing long term.”

The poorest households will see a 7% fall in income when the £20 a week Universal Credit uplift comes to an end, the foundation said, with Mr Bell adding: “There are many more big questions still to answer before the UK fully emerges from its worst downturn in 300 years.”

Meanwhile Richard Hughes, chairman of the Office for Budget Responsibility (OBR), said the Government has provided a lot of additional resources over the last year to deal with the cost of the pandemic.

“But it’s provided basically no explicit additional resources beyond the coming financial year for the legacy of the pandemic for public services,” he told BBC Radio 4’s Today programme.

“So if we think we’re going to need an annual revaccination programme, an ongoing test and trace capacity, to catch up on all the operations which the NHS hasn’t been able to do over the past year…

“At the moment the Government hasn’t set aside any additional resources for that activity, and in fact what it’s done is cut about £15 billion of non-Covid spending beyond next year.

“So it’s actually set itself up for more difficult spending rounds coming up this autumn, because it’s put aside even fewer resources to deal with those those legacy issues coming out of the pandemic.”

Mr Sunak told MPs the total package of measures to support the economy – including those already announced – amounted to £407 billion, but warned the unprecedented spending could not continue.

This Budget was a test of character for the Chancellor. He failed it.

The plans announced on Wednesday increase the tax burden from 34% to 35% of gross domestic product (GDP) – a measure of the size of the economy – in 2025-26, “its highest level since Roy Jenkins was chancellor in the late 1960s”, according to the OBR.

Shadow chancellor Anneliese Dodds said the Budget does not take into account the “enormous backlog” there will be in the NHS in future.

“The Chancellor said yesterday that he was going to be honest about the public finances,” she told BBC Radio 4’s Today programme.

“Well actually, we all know that there will be an enormous backlog unfortunately for our NHS when it comes to following on from the pandemic period.

“And yet that’s not reflected in what the Chancellor’s set out for health funding.”

Ms Dodds added: “In real terms we’re actually seeing that funding going down for the future.

“I don’t think there’s a single health expert or indeed economist who would anticipate there will be less demand for our NHS in the future than what was predicted for it before this pandemic. So that was the wrong decision taken by the Chancellor yesterday.”