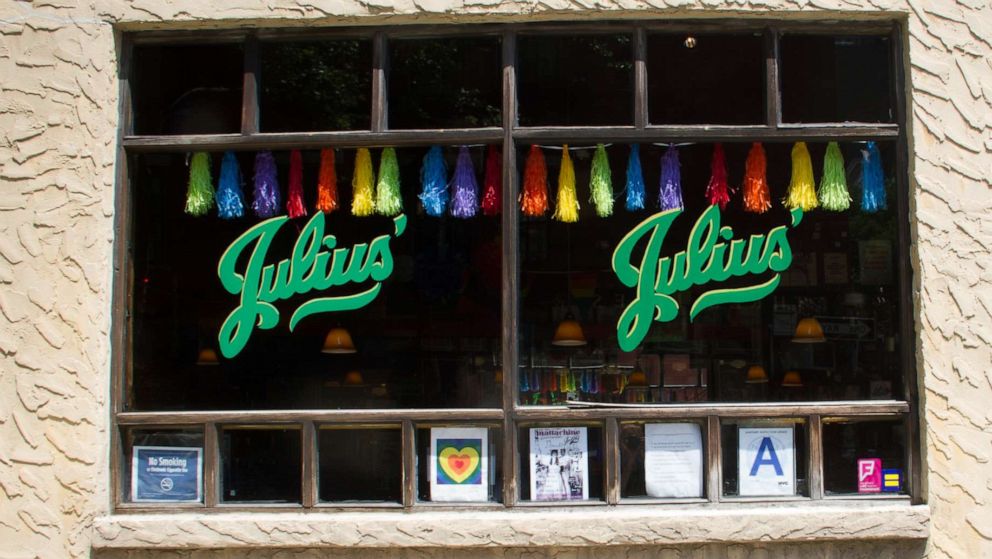 The historic bar in the heart of New York City’s West Village neighborhood is a getting a financial boost to stay open amid the brutal economic downturn brought on by the COVID-19 pandemic.

The Gill Foundation, one of the nation’s leading funders of efforts to secure full equality for LGBTQ people, announced it will match donations up to $25,000 to protect Julius’ Bar, which prides itself as “the oldest continuously operated LGBTQ bar in the city.”

According to its owners, Julius’ Bar’s structure was built in 1826 and converted to a grocery store in 1840 before becoming a bar in 1864. It wasn’t until the 1950s that the establishment became known to attract predominantly gay patrons. Among the National Register of Historic Places, the 1966 “Sip-In” at Julius’ was instrumental in the long march toward LGBTQ+ equality.

“Too many LGBTQ people grow up in isolation from their own history, which is why places like Julius’ — where the famed ‘Sip-In’ of 1966 helped to ignite change — are so important,” Scott Miller and Tim Gill, co-chairs of the Gill Foundation, told ABC News.

“Keeping its doors open helps bring LGBTQ stories to light and ensures that Julius’ remains a welcoming place for the LGBTQ community for generations to come,” they said.

In a press release, Miller and Gill added, “COVID-19 has devastated businesses big and small, including many in the LGBTQ community.”

“It’s critical that we preserve and protect LGBTQ history and the places that have shaped the equality movement. Julius’ has served as an important gathering place for LGBTQ advocates, leaders, and everyday people looking for a safe place to be themselves,” they continued.

The Gill Foundation has a long record of preserving and protecting LGBTQ+ history.

Since launching the Gill Foundation in 1994 and through other organizations they created or supported, Tim Gill and Scott Miller have given more than $500 million to advance LGBTQ equality, including previously making a $20,000 contribution to Julius’ Bar in 2020.

It was instrumental in getting The Stonewall Inn designated as the first LGBTQ National Monument in 2016.

“With the generous support of the Gill Foundation and countless individual donors, we have reopened and are thrilled to see our wonderful customers return and reconnect in this historic space. The match campaign will ensure we are able to push through the final stretch of the pandemic and continue serving the community we love,” Julius’ Bar owner Helen Buford told ABC News.

The Gill Foundation match grant contribution is earmarked to support rent and utility costs and brings the bar to over half its fundraising goal of $200,000.

Julius’ Bar remains open for business with modified hours: Tuesday through Friday, 2 p.m. to 10 p.m., and Saturday through Sunday, noon to 10 p.m.