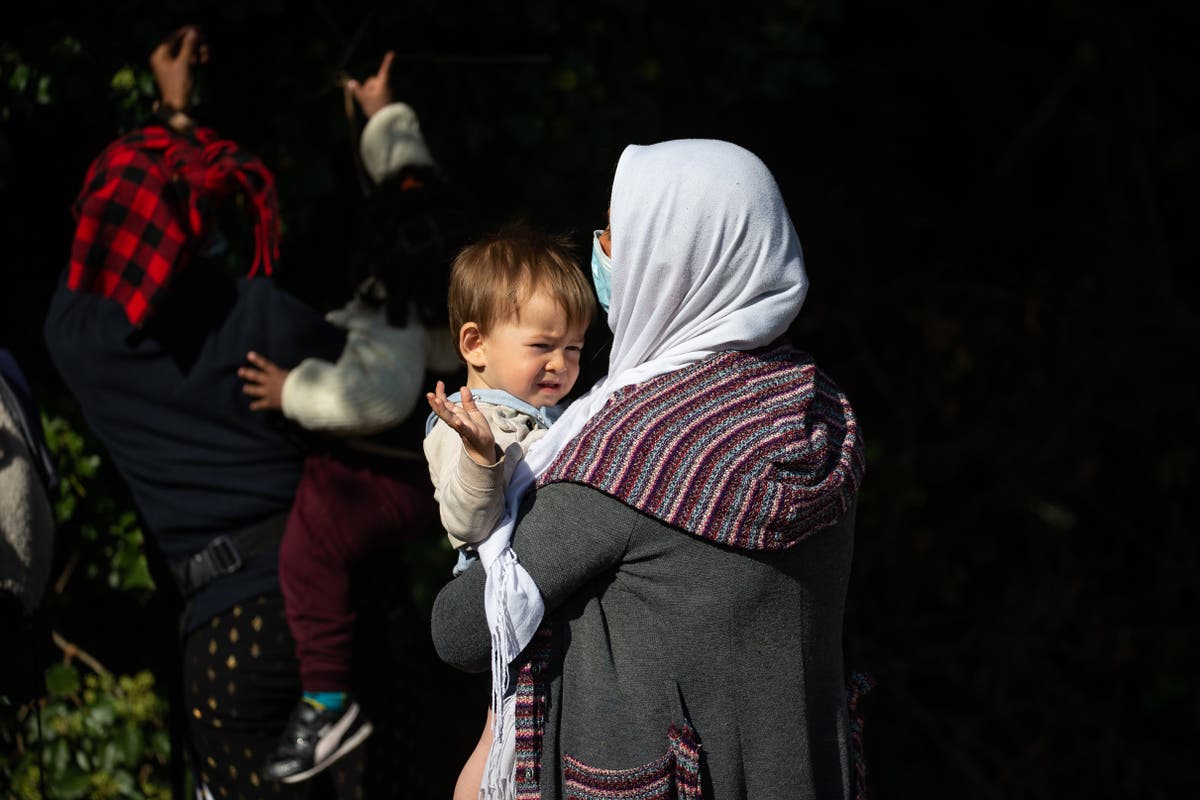 Availability of laptops, tablets, and smartphones is limited for these most vulnerable people.

And a lack of broadband or mobile data means many are struggling to stay connected to their families, access language courses, or help their children with their schoolwork.

Though the Home Office denies the existence of a “digital divide with asylum seekers”, charities that help asylum seekers paint a grim picture of the situation.

According to data gathered by Refugee Action, 22 out of 29 organisations across the UK working with refugee, asylum and migrant families with school-aged children do not think the children of the families they work with are getting enough support to successfully engage in online learning.

The main issues include “inadequate” or non-existent internet connections – either through broadband connections or data-only SIM cards that seemingly have not been provided – as well as a lack of access to devices for online learning.

For some young asylum seekers, the problems begin with schoolwork. According to multiple case studies provided by Kent Refugee Action Network to The Independent, one engineering student reportedly had a computer but no access to specialised software necessary for him to complete his course; when the software was provided, he found that the dongle he was using for internet access did not have enough data. The college apparently refused to provide additional data.

Yet another reportedly had a computer, but no access to the internet. Despite their college saying that students in such a vulnerable position can physically attend their college, this asylum seeker has reportedly been forbidden to attend by their teacher and has been provided with alternative worksheets. These worksheets include links to the internet, which the asylum seeker cannot access.

Some computers and internet dongles had been provided to Kent County Council, but the amount of data provided is insufficient.

Internet dongles provided to councils “were financed by [the Department for Education] with a data allowance of 20GB per month”, the council told The Independent. Virgin Media has reported that the average broadband customer has “downloaded an extra 3.4GB of data per day” compared to pre-lockdown levels; the equivalent of 102GB per month.

“I’m seeing first-hand the very real impact digital exclusion is having on my students’ lives and their children’s”, Amira Elwakil, an ESOL [English to Speakers of Other Languages] Teacher-Organiser and Communications Officer at English for Action, told The Independent.

Without adequate data provided while indoors, some asylum seekers have had to access the internet through public wi-fi in supermarkets and shopping centres – which are both a security risk digitally and risk spreading the coronavirus further.

Lucy Leon, Policy and Practice advisor at The Children’s Society, told The Independent that the organisation had “heard of people, some of whom are at high risk from Covid and should be at home self-isolating, having to go to public spaces like shopping centres to be able to access free Wi-Fi.”

Under the current system asylum seekers receive NASS (National Asylum Support Service) payments, meant to help them pay for utility bills and household goods. However, the government has encouraged asylum seekers to use this money to pay for broadband access.

The £39.60 per week payment – a rise of five per cent since June 2020 – was described by Chris Philp MP as an “exceptional increase” but may not cover the full cost of data.

Global Link, a Development Education Centre based in Lancaster that supports refugees, told the Independent that the cheapest wi-fi plan available in the area was £35 per month. As such, 25 per cent of the NASS payment would be consumed to simply access the internet for the month.

“We know many people seeking asylum cannot open bank accounts, this means they can only get pay as you go contracts, which are often more expensive and mean they have to limit their data usage. This can cause issues when it comes to their asylum applications”, Ms Leon told The Independent.

“I can confirm that the level of the cash allowance provided takes into account communication needs, including the cost of buying and using a mobile phone,” Chris Philp MP said in a letter to Cat Smith MP. Mr Philp did not respond to a request for comment from The Independent.

Many asylum seekers, of which there are an estimated 133,094 in the UK, reside in residences contracted by the government and provided by Serco, Clearsprings Ready Homes, or the Mears Group. These residences are under no obligation to provide wi-fi in their properties.

“The Government is providing 1.3 million laptops and tablets for children who need them most, including asylum seekers, alongside access to free mobile data for disadvantaged families to make sure they can continue learning”, a government spokesperson told The Independent.

“We also provide free, fully furnished accommodation for all asylum seekers who would otherwise be destitute. Their utility costs are covered and we provide a cash allowance for other essential living needs – this is all paid for by the taxpayer.

“For those staying in initial accommodation or in hotels, we either provide them with data SIM cards so they can access the internet or ensure they have WiFi connection in their hotels.”

Kent County Council told The Independent that they have received no such SIM cards, which are apparently being provided via asylum accommodation providers.

Neither Serco, Clearsprings Ready Homes, or the Mears Group commented on the provision of SIM cards to The Independent, instead referring to the Home Office for their national requirements.

The Home Office did not reply to The Independent’s requests for more information about the provision of data-only SIM cards.

The government also has no plans to extend free internet access to other accommodation used by asylum seekers because, according to Refugee Council, it has not been advised by Public Health England.

Public Health England said that while they provided advice that said individuals who are self-isolating should have access to the internet and a phone, the Home Office should be referred to for policy on asylum seekers.

Public Health England did not comment on the record when asked why it did not provide guidance for people who were not self-isolating during the pandemic.

Kent County Council told The Independent that it has “agreed to install Wi-Fi in all of the shared accommodation housing UASC which is to be implemented with our partners Ready Homes so that there will be access for entire households and no requirement for individual dongles in the future.”

The agreement was put in place one week ago, 11 months after the government imposed the first lockdown.

A representative for the body also did not comment on the record when it was pointed out that the Home Office’s decisions were made following the advice of Public Health England, and that individuals going to supermarkets or shopping centres could be a risk to the spread of coronavirus.

Zoe Dexter, a Welfare and Housing Manager at human rights charity the Helen Bamber Foundation, said that many of their clients who are “survivors of torture” or have “severe PTSD, depression and anxiety”.

These people have “very little income to even top up their phone, in the absence of any other devices,” she said.

Many parents are also working and feel more stressed due to concerns that their children are missing out on their education, with some schools not providing online classes at all.

“One father I work with has not been able to assist his primary school age children with digital learning due to his mental health, so his children have been without access to education during all three lockdowns”, Enny Choudhury, a solicitor at the Joint Council for the Welfare of Immigrants, told The Independent.

“Their school has now said they can attend in person, but the family live with their elderly grandmother and so Dad is caught between balancing the potential risk of COVID with his children’s education.”

The government has faced numerous criticisms over the treatment of asylum seekers during the coronavirus pandemic. Some are risking their lives to leave the UK months after arriving due to the “inhumane” conditions they have to live in.

Health officials also warned the government that its use of military camps was unacceptable accommodation for the vulnerable people, but court documents show that the Home Office still placed hundreds of asylum seekers at the site.