Spending watchdogs said the pandemic had rendered large-scale summits and in-person events off limits with most meetings taking place online but officials in Lisbon have still been forking out on equipment, drinks and even clothing as if it was business as usual.

More than £223,000 has been spent on a state-of-the-art press centre in Lisbon even though briefings are being held online and foreign reporters are not travelling to the Portuguese capital.

A wine company presented Lisbon with a £31,000 drinks bill at a time when very few people are attending events and officials have signed a £34,000 contract to buy 360 shirts and 180 suits despite most presidency officials working from home.

Critics have also raised concerns about corporate sponsorships the Portuguese presidency has signed with various companies, including some that appear to go against signature EU policies. 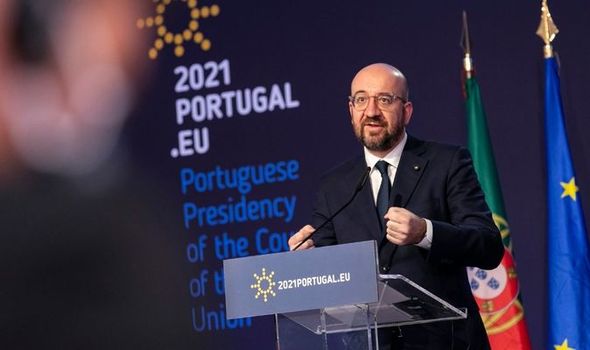 Susana Coroado, president of Transparência e Integridade, the Portuguese wing of Transparency International, told Politico.eu: “The presidency seems to be less about work meetings and more about selling Portugal to the outside world.”

Ms Coroado said the contracts and sponsorships reflected a country that lacks proper oversight of public spending and has a bad habit of “trying to use high level, international settings to promote itself”.

She said despite record-high numbers of new coronavirus cases in Lisbon in January, the presidency had insisted on hosting in-person meetings with several members of the Commission in the Portuguese capital just weeks into the new year. 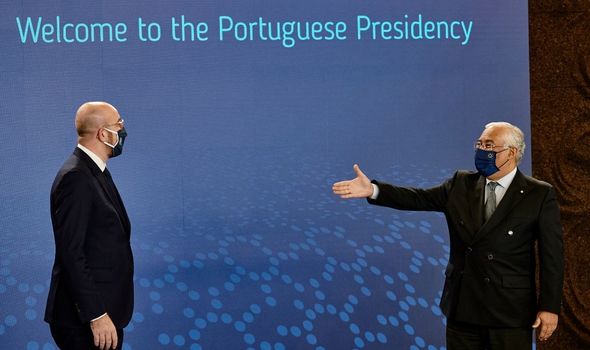 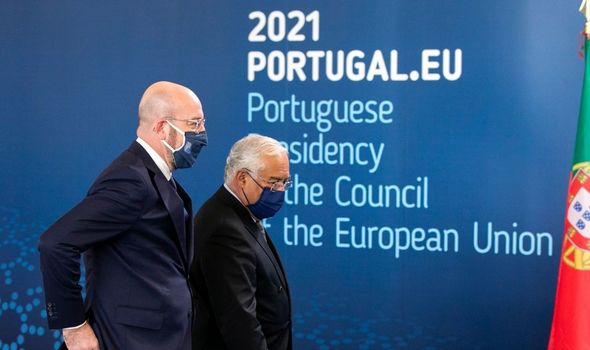 She said: “The government is behaving like the orchestra on the Titanic, determined to put on five-star events even when it’s clear that they shouldn’t be going on.

“This is very typical in Portugal, where our public contract system is very problematic.

“There’s no justification of expenses, no mechanism in place to avoid conflicts of interest, and contracts are often awarded to ‘friendly companies’ favoured by the government.

“Unfortunately it’s very hard to prove corruption because the lack of professionalism in the public contract system is such that the misuse of funds is often due to incompetence rather than outright fraud.”

Portuguese presidency spokeswoman Alexandra Carreira insisted Lisbon was simply doing due diligence by preparing for the potential of in-person meetings in a few months’ time.

She said it could not “simply disregard the possibility of holding physical meetings at some point in the near future” so had made “adequate and timely preparations.”

Ms Carreira said the shirts and suits had been bought for the chauffeurs placed on standby to drive any official delegations that may visit Portugal during the country’s six-month tenure heading the Council. 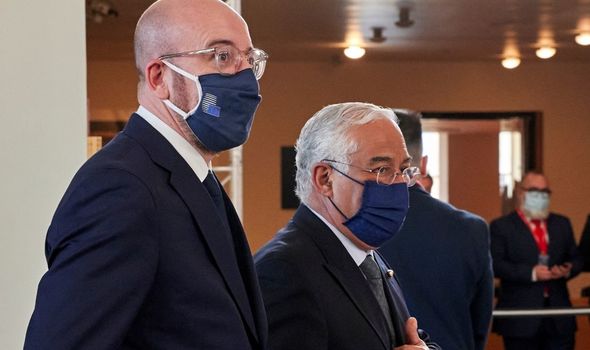 Observers were baffled by the decisions to fork out hundreds of thousands one a new press centre.

Journalists who have ventured inside the facility described its as a “ghost town.”

One Lisbon-based reporter said: “We’re in the middle of a pandemic and can follow press conferences and ask questions on Zoom — why would anyone go to the press centre?

“I shudder to think what the government spent on it.”