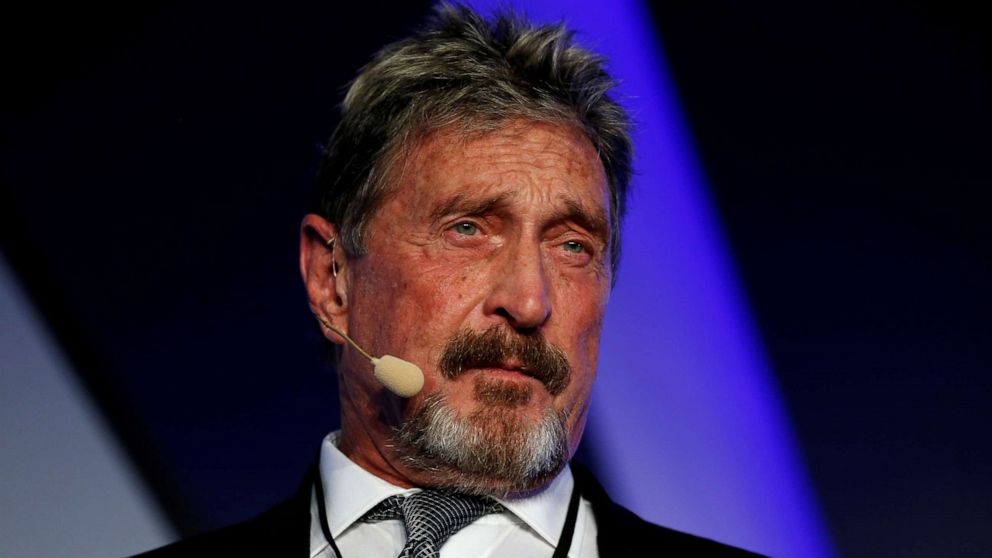 A household name in computer security software was charged Friday with securities fraud.

Between November 2017 and February 2018, John McAfee leveraged his fame as a computer programmer to make more than $23 million by recommending a number of “initial coin offerings” to his Twitter followers, federal prosecutors alleged.

The problem, according to federal prosecutors in New York, was that McAfee failed to disclose he was a paid pitchman. An associate of McAfee’s, Jimmy Gale Watson, also has been charged in the alleged scheme.

Watson was arrested in Texas, where he’s expected to make an initial court appearance later on Friday.

McAfee is in Spain, where he was arrested last year for tax evasion. The Justice Department is trying for his extradition. He could not be reached for comment.

According to court records, the two men “took active steps” to conceal their secret compensation arrangements with ICO issuers from ICO investors, and McAfee made false and misleading statements and omissions to hide the arrangements from investors.

Federal prosecutors also alleged McAfee and Watson engaged in a pump-and-dump scheme in which they bought large quantities of publicly traded cryptocurrencies at inexpensive prices, knowing McAfee would publicly tout them and drive up their prices before the two men sold theirs.