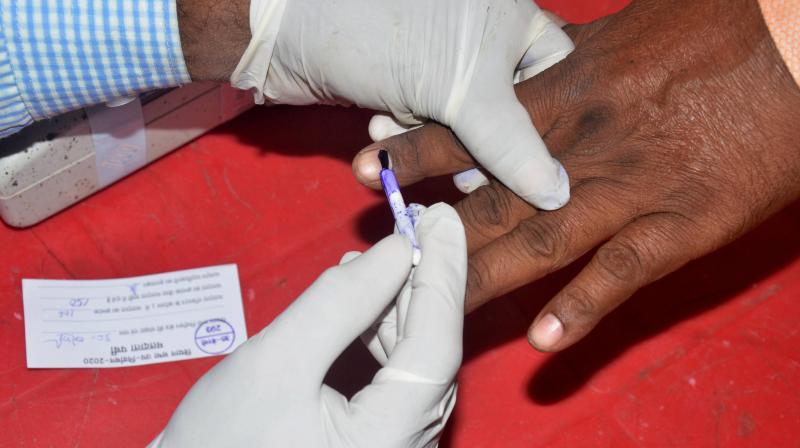 Minister for Panchayat Raj Peddireddi Ramachandra Reddy expressed confidence that YSRC will continue its win-spree and trump in both Vijayawada and Guntur municipal corporations.

Speaking after a meeting with Krishna district leaders on their poll strategy, he asked TD leaders to focus on ironing out differences within their party before criticising YSRC. Condemning TD chief N Chandrababu Naidu’s unwarranted criticism, Reddy said the TD would hardly win three or four seats as their internal differences had reached a flashpoint.

Meanwhile, Minister Kodali Sri Venkateswara Rao, alias Nani, said that N Balakrishna was unaware of the situation in the state and was criticising Chief Minister Y.S. Jagan Mohan Reddy for not questioning Prime Minister Narendra Modi on Vizag Steel Plant issue despite the former writing a letter to the Union government on the issue. He said that the actor-politician reads the script written by Naidu and knows nothing about anything else.

Meanwhile, Nani took on BJP state president Somu Veerraju saying that Veerraju was talking illogically these days. Vijayawada Central MLA Malladi Vishnu asked Veerraju how the Modi government can control Jagan government when the fact is that both were democratically elected by people.

Meanwhile, Vijayawada police are making foolproof arrangements for a smooth conduct of the elections scheduled to be held on March 10. Vijayawada City Police Commissioner B Srinivasulu said that the department is deploying about 3,000 police personnel for the peaceful conduct of elections in Vijayawada. He said that 1,870 rowdy-sheeters were bound over under Section 110 and 109.

The commissioner said they were deploying 62 mobile parties, 27 striking forces and 12 special striking forces. He stated that flag march is being carried out in problematic areas time and again and special arrangements have been made by the local police along with the SEB to prevent distribution of liquor and cash.

Srinivasulu said that after being told that cash is being disbursed through payment apps, they had established special cyber-surveillance.