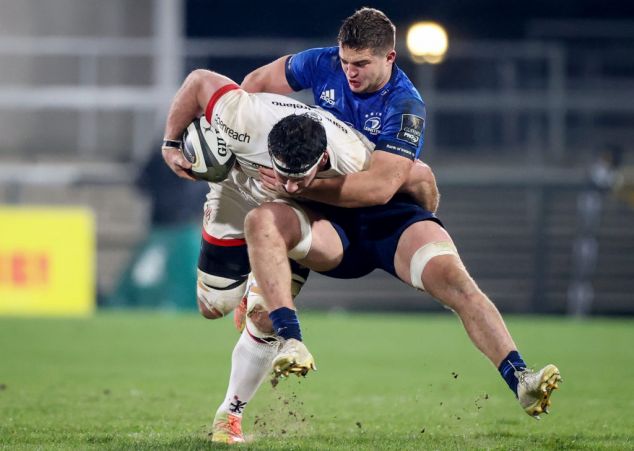 Leinster have booked their spot in the Guinness Pro14 final after beating Ulster at home.

A shaky start for Leo Cullen’s men had Ulster thinking they could come away on top, but a red card for Andrew Warwick with 30 minutes gone left the northern province with heavy task.

Leinster had been reduced to 13 for a spell, with Devin Toner and Jimmy O’Brien both seeing yellow in the first half, but a try from Michael Bent got them back on their feet.

Three minutes later, it was the turn of Josh van der Flier to put five on the board, with Ross Byrne in flying form on the conversions.

Proving bad things come in threes, Ed Byrne got over the line just before half time to increase their lead to 24-12.

The break did little to change Ulster’s luck, with a try denied after it was looked at by the TMO.

It's another final appearance for @leinsterrugby 🙌

Showing no let up, Leinster chased down their bonus point, with Rhys Ruddock the one to claim try number four.

With two balls over the line held up by Cullen’s charges, Ulster eventually got their reward when Nick Timoney crossed over giving Michael Lowry the opportunity to convert.

A final try for Dan Sheehan converted by Byrne brought the game to its close, earning Leinster their date in the final with Munster.