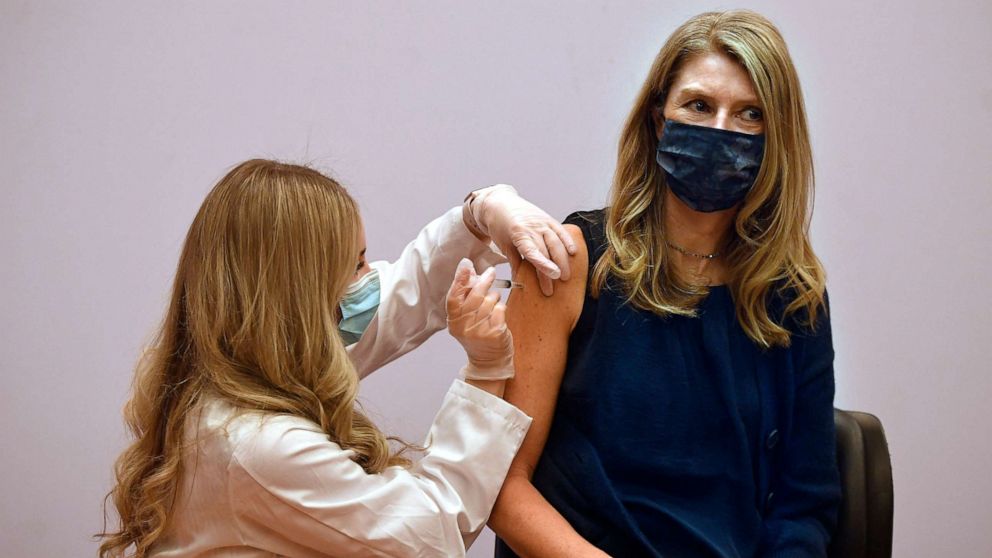 Teachers and child care staff are now being offered vaccine appointments at some 9,000 pharmacy locations nationwide, even if their state hasn’t declared them eligible yet.

The push to get every educator their first vaccine dose this month is part of President Joe Biden’s latest directive aimed at prying open classrooms by using a federally run program that ships doses directly to pharmacies.

The Centers for Disease Control and Prevention, which manages the program, announced the effort on its website. And as of Wednesday morning, CVS – one of the pharmacies participating in the program – had already updated its website to note that “teachers K-12 and child care workers” were now eligible to sign up for a vaccine shot in every state.

Biden announced the initiative on Tuesday evening in a speech announcing that the U.S. was now on track to have enough vaccine for all adults by the end of May.

Officials caution though it will take time to administer shots.

“Over 30 states have already taken step to prioritize educators for vaccination. And today, I’m using the full authority of the federal government. I’m directing every state to do the same,” Biden said.

“My challenge to all states, territories, and the District of Columbia is this: We want every educator, school staff member, childcare worker to receive at least one shot by the end of the month of March,” he later added.

The effort comes as both the White House and CDC acknowledge that teachers don’t need to be vaccinated to return safely to school. That raises questions about whether Biden’s move was less about public health and more about the politics of reopening schools — a widely popular initiative — while meeting the demands of some teachers unions.

Céline Gounder, an infectious disease expert who advised the Biden transition, said she didn’t support prioritizing teachers because schools can be safe working environments with other mitigation measures. It also could make it tougher for more vulnerable populations of color to get their shot, she said, calling it an “anti-equity” move.

“So much for valuing Black and Brown people working in critical infrastructure jobs,” she tweeted late Tuesday following Biden’s announcement.

“Getting back kids back to school is one of the most equitable steps we can take because what we’ve seen statistically is that Black and Latino students are disproportionately experiencing learning loss for a variety of reasons,” including lack of Internet access and families with fewer resources, Psaki said Wednesday.

“So, our view is actually that this step is one that is meant to help communities of color, help students who are already being disproportionately disadvantaged by schools being closed,” she added.

Teachers wouldn’t have to use the pharmacy locations if there’s another option to them. The CDC notes on its site that the 9,000 pharmacy locations would be offered to educators in addition to existing state and local COVID-19 vaccination sites, if those states already offer vaccines to teachers.

The CDC also says that state and local officials will still determine eligibility for other populations.

“In addition, aside from reaching teachers nationwide, states and territories will also select which populations are eligible for vaccination through the program according to their vaccination plans,” the agency said.