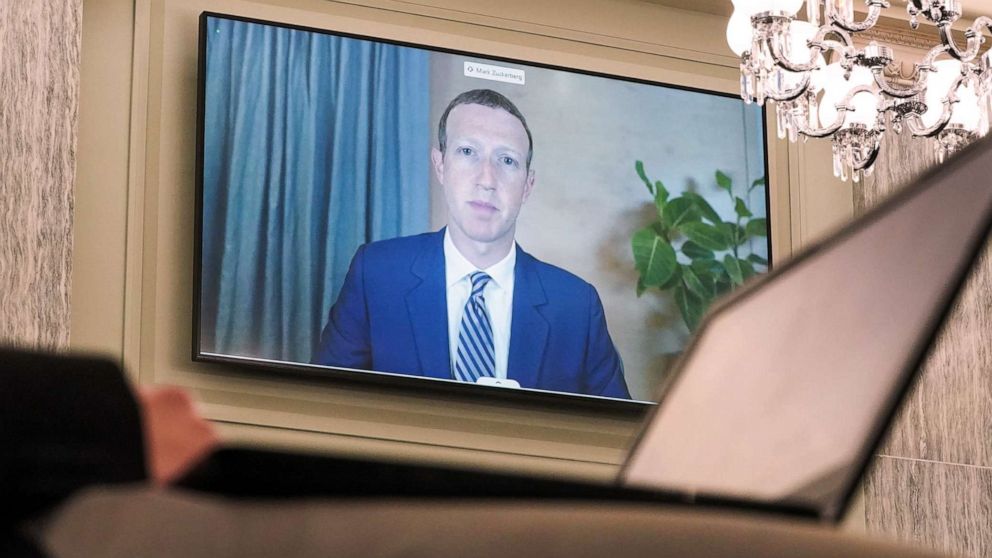 Nearly two dozen lawmakers sent a letter to Mark Zuckerberg on Monday, demanding answers about Facebook’s advertising practices surrounding targeted ads for military equipment in the wake of the riot at the U.S. Capitol building in January.

Twenty three Democrats on the House Energy and Commerce Committee signed the letter, which cited media reports that indicated Facebook’s practices allegedly allowed ads for weapon accessories to be shown next to election misinformation and news about the violent insurrection attempt by a pro-Trump mob at the Capitol on Jan. 6.

“According to recent troubling reports, Facebook ran ads showing gun accessories and protective equipment next to content that amplified election misinformation,” the lawmakers wrote. “Furthermore, similar advertising was shown next to news about the Capitol siege after January 6. Targeting ads in this way is dangerous and has the potential to encourage acts of violence.”

The lawmakers cited a January article from Buzzfeed News, that reported Facebook was running ads for body armor, gun holsters and other military equipment next to content promoting election misinformation and news about the insurrection.

Notably, Facebook did announce a temporary ban from Jan. 16 through Jan. 22 on ads that promote weapon accessories and protective equipment in the U.S. in the wake of the violence at the Capitol. The company reiterated at the time that it already prohibits ads for weapons and ammunition.

The lawmakers in the letter referred to Facebook’s temporary ban as “a good first step” but called for more transparency around “what ads are being displayed and to whom they are being targeted.”

“With more than 100 million daily Facebook users in the United States, it is paramount that Facebook take responsibility for where it places advertisements and what those advertisements promote,” the letter stated. “Furthermore, Facebook should inform advertisers about surrounding content, and make the necessary changes to guarantee that Facebook and companies’ ad dollars are not further supporting or sowing seeds of hate and distrust throughout the country.”

The lawmakers asked Facebook to respond to a series of questions scrutinizing its advertising practices, especially around targeted ads, by March 22.

“Facebook must immediately examine its advertising practices and make substantive changes to its policies to avoid future instances of ad placements and targeting that promote violence,” the letter added.

Signatories of the letter include Energy and Commerce Committee Chairman Frank Pallone, Jr., D-N.J., and 22 others.

In the wake of the Capitol riot, the company did announce a slew of proactive steps it was taking in an attempt to prevent people from using its platform to incite violence — including removing content containing the phrase ‘stop the steal’ and the indefinite suspension of then-President Donald Trump’s account.