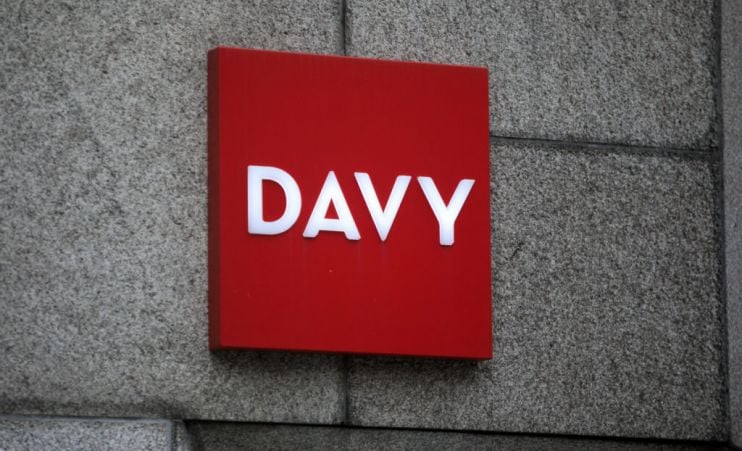 The chief executive officer (CEO) and board director of Irish stockbroker Davy has resigned following an investigation into a bond deal.

The board of J&E Davy said on Saturday that it had accepted the resignation of CEO Brian McKiernan, along with the resignations of Kyran McLaughlin from a non-executive director role and of Barry Nangle from an executive role as head of bonds.

Bernard Byrne, deputy CEO of Davy, has been appointed interim CEO subject to approval by the Central Bank of Ireland.

The resignations at the country’s largest stockbroking firm come after the Central Bank of Ireland fined Davy a record €4.1 million over a conflict of interest in relation to a 2014 bond deal.

The investigation arose from a transaction which a group of 16 Davy employees, including senior executives, undertook in a personal capacity with a Davy client in November 2014.

The Central Bank found the consortium of Davy employees sought to make a profit on the trading of the bonds without telling the client or the stockbroker’s own compliance officers.

In a statement issued on Saturday, Davy reiterated that it “deeply regrets the shortcomings that emerged from the Central Bank of Ireland’s investigation and apologises unreservedly and unequivocally that these failures occurred.”

It said all those who resigned had offered to step down following the Central Bank investigation, with immediate effect.

John Corrigan, chairman of J&E Davy, said: “In accepting their resignations, I acknowledge their substantial contribution to the development of the company over many years.

“As we reflect on the Central Bank investigation our priority now is to restore trust in the integrity and robustness of our control environment and culture, and to ensure we provide our clients with the standard of service and protection that I know our people are committed to.”

Following the resignations announced today, the J&E Davy board will comprise entirely of directors who joined the board after the 2014 transaction.

The Irish Times reports that the case at the centre of the Central Bank investigation related to a deal in 2014 where Northern Ireland property developer Patrick Kearney sold junior Anglo Irish Bank bonds through Davy at a steep discount in order to settle a debt.

The Davy 16 were the buyers on the other side of the trade seeking to make a profit, without Mr Kearney’s knowledge.

The situation quickly spiralled into the biggest crisis in Davy’s 95-year history as the Minster for Finance Paschal Donohoe called on the firm to address how it fell “gravely short of standards that are expected of leaders in position of financial responsibility”.

In a personal statement issued on Saturday, Mr McKiernan said: “I regret my role in a transaction in 2014 and I am very sorry for the hurt that it has caused to the reputation of Davy and its people. I have decided to stand down from my role as my continued presence in light of the extended commentary on those events is damaging for the company and my colleagues.”

Mr McLaughlin said in a separate statement that he was bringing forward his planned full retirement from the company next year, having stepped back from a full-time role in 2018. He did not address the Central Bank investigation in his statement.

The overhaul at the helm of the firm has been complicated by the fact that the three men are among the largest shareholders in firm, which is estimated to be worth about €400 million.

Mr McKiernan (58), the largest shareholder, is understood to have a stake of about 13 per cent, while Mr McLaughlin (76) is reported to retain a 5 per cent interest. It is not clear what Mr Nangle’s holding stands at.

Davy is the only Irish-owned primary dealer of Government bonds and manages over €14 billion of client assets, according to its website.