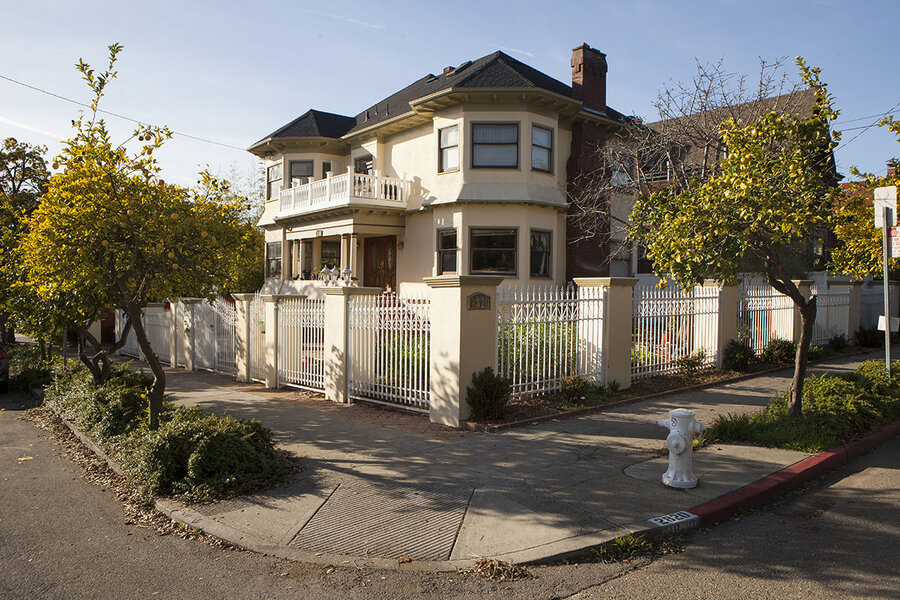 The history of single-family zoning in America stretches back more than a century to what today ranks as one of the bluest cities in one of the country’s bluest states.

Now famous as a bastion of liberal politics, the Northern California enclave of Berkeley established a first-of-its-kind policy in 1916 that prohibited multifamily housing on residential land. City planners at the time cast the regulation as a preemptive move to protect neighborhoods from “the intrusion of the less desirable and floating renter class.”

The restrictions served to segregate minority tenants from white homeowners, and in the ensuing decades, as cities and suburbs coast to coast followed Berkeley’s example, single-family zoning contributed to California’s and the country’s affordable housing shortage and a rise in homelessness. In the San Francisco Bay Area – a constellation of 101 municipalities that includes Berkeley and is beset by some of the country’s highest housing prices and rents – a meager 18% of residential land allows for multifamily development.

Last month Berkeley officials set in motion a plan to redress the lasting effects of its century-old rule and alleviate the city’s housing crunch, vowing to eliminate single-family zoning by the end of next year.

The proposed policy could enable the building of duplexes, triplexes, and fourplexes in neighborhoods across the city, where half the residential land remains under single-family zoning and median rent for a one-bedroom apartment tops $2,000. Advocates suggest that the change would increase housing density and, by spreading the additional units throughout the city, create more living options for lower- and middle-income residents.

The Berkeley proposal arrived a month after the Sacramento City Council voted to start the process of abolishing single-family zoning in California’s capital, which has confined multifamily dwellings to 30% of the city’s residential land. Officials in San Diego, San Jose, and South San Francisco are exploring similar alternatives as the state attempts to address a housing deficit estimated at 3.5 million units.

The push to revitalize the so-called missing middle of housing – and unwind the legacy of exclusionary zoning and other discriminatory housing policies – has gained momentum since Minneapolis became the nation’s first city to jettison single-family zoning in 2018. Oregon lawmakers banned the policy in much of the state in 2019, and last year Portland officials approved a comparable measure to nurture multifamily housing.

America’s major metro areas proscribe anything other than single-family housing on about three-fourths of residential property. Reform advocates fault the constraints on multifamily dwellings, in part, for the country’s affordable housing gap of 7 million units, including 1.3 million in California, where recent legislative proposals to revamp zoning laws statewide have faltered.

Opponents of efforts to remove or loosen single-family zoning rules claim the changes would alter the character of neighborhoods, hurt property values, and accelerate gentrification. A coalition of groups in Minneapolis, citing environmental concerns, has sued the city over its plans to increase housing density.

Officials in Berkeley view such criticisms as misplaced, pointing out that ending exclusionary zoning would neither prevent the building nor authorize the demolition of single-family homes – a pair of common misperceptions. They further assert that the reforms would foster incremental change – much of the new housing would involve converting existing homes into duplexes and the like – and help the Bay Area meet a state mandate to add 441,000 housing units by 2031.

Beyond practical considerations, supporters emphasize the symbolism of rooting out a policy planted in the poisoned soil of discrimination. During a recent public discussion on Berkeley’s proposal, City Councilmember Ben Bartlett gave voice to that centurylong grievance.

“We cannot ignore that from the onset, zoning’s sole purpose was to segregate by race, to the detriment of people of color,” he said.