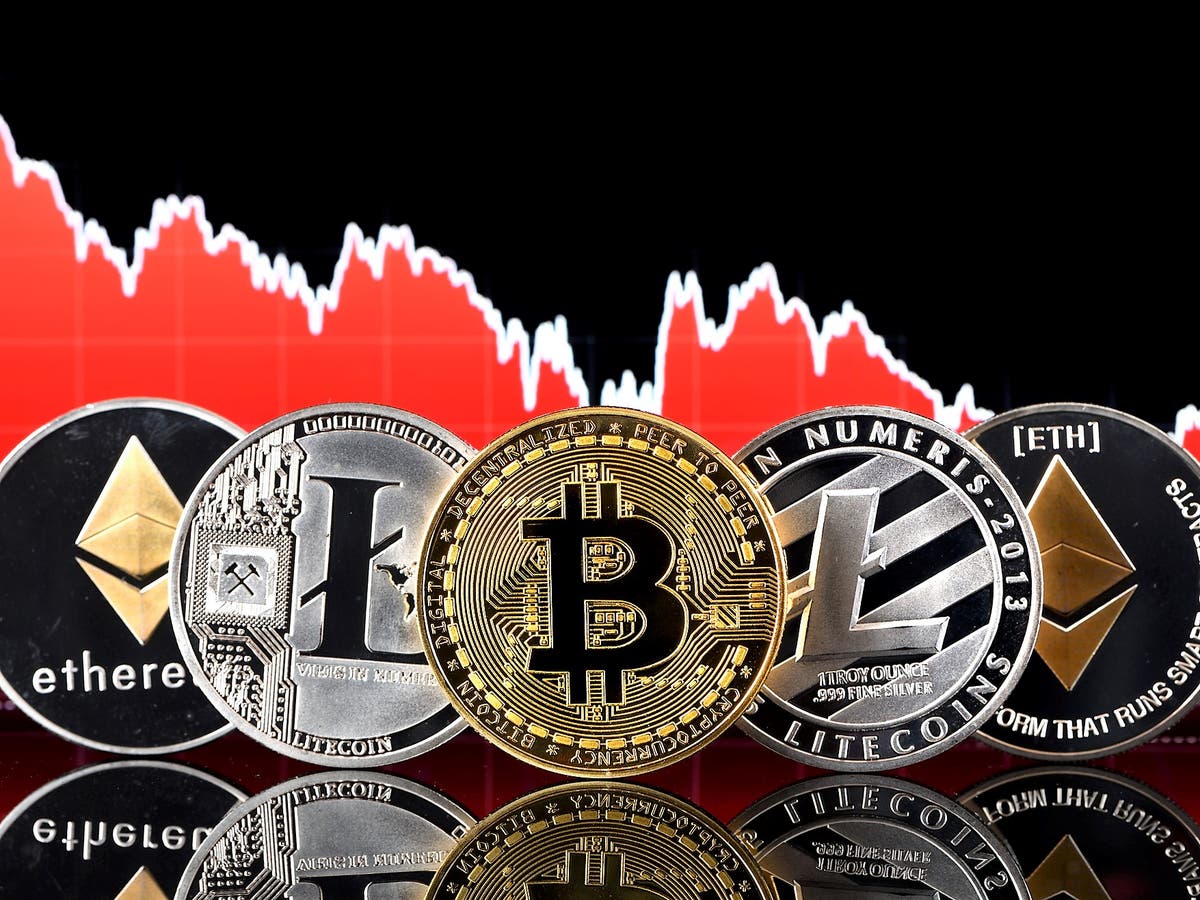 The price of bitcoin continued to tumble on Friday amid a market-wide crash.

Despite combined losses of about $400bn, some analysts remain positive about the market’s long-term price trajectory, citing the massive institutional investment in recent months.

“Cryptocurrency markets are in the red zone today as we see an unwinding of overleveraged positions and some profit-taking,” Paolo Ardoino, chief technology officer of the Bitfinex cryptocurrency exchange, told The Independent.

“We remain in uncharted territory in a space that is so nascent. Bitcoin will continue to surprise those who take a more cynical view to a technology that is manifestly so anti-fragile.”

Bitcoin remains significantly up from this time last year, when it was worth less than $10,000 (£7,000), in part thanks to investments from the likes of Microstrategy, Square and Tesla.

A remarkable rally beginning in late March saw bitcoin break past its previous record high from 2017 of $20,000 before the end of 2020, before doubling in price in less than a month to shoot above $40,000 in January.

Each new all-time high has been followed by a significant correction, yet each time bitcoin has rebounded to new record highs.

“Despite the correction, the bull market and the case for a stronger rally in bitcoin remains intact,” Pankaj Balani, chief executive of Delta Exchange, told The Independent.

“The 2017 bull market saw bitcoin correct 25 to 35 per cent multiple times before reaching its peak.”

Mr Balani said a short-term price consolidation was not surprising, given the massive gains that have occurred since Tesla revealed it had bought $1.5bn worth of bitcoin earlier this month.

The cryptocurrency was worth around $40,000 when the electric car maker announced its investment. Mr Balani claimed that this price has become a “strong psychological support and will be difficult to break in the short term”.

“We expect institutional interest in bitcoin to remain strong going forward and positive news flow to keep driving the price higher through the next few quarters,” he added.