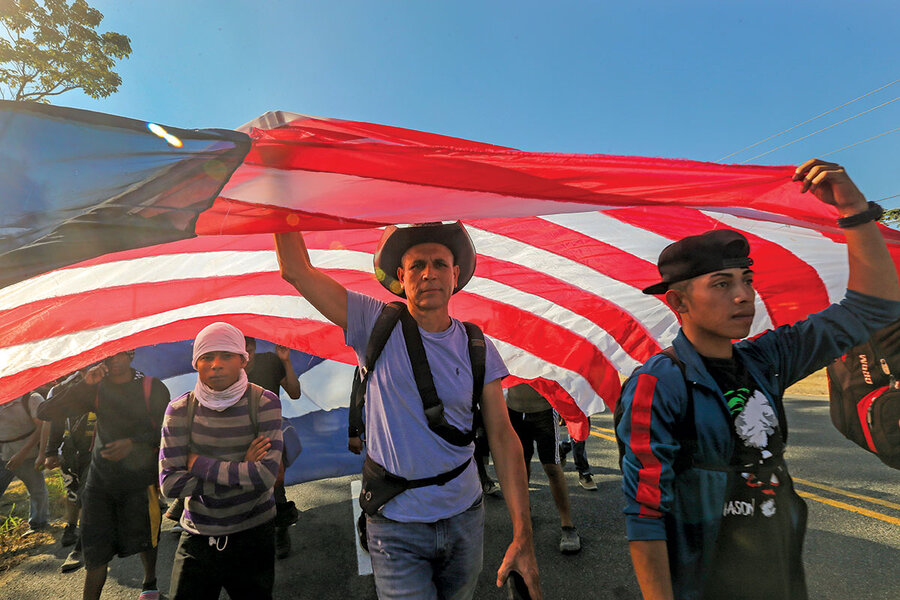 The other day I took 17-year-old Martín to a thrift store so he could buy some warm winter clothing. Martín doesn’t speak English, and Spanish speakers are few and far between in my part of Maine, so he stayed very close to me. I told him that he could pick out anything he liked, but that he should prioritize a heavy coat and boots. When we got to the cashier he opened his wallet, but there was only $2 in it. I assured him that the clothing was my treat, and he beamed.

Once in the car, Martín told me more than I previously knew about his personal story: the long walk from Guatemala to Mexico, crossing the U.S. border, being detained, making his way to Maine with neither family nor friends for comfort and encouragement. As we drove along, his narrative unwound in a matter-of-fact fashion, begging neither sympathy nor approval.

And then something happened that gave me pause.

We were stopped at an intersection where a disheveled, middle-aged man was holding up a sign that read, “Homeless. Please help.” Martín intuited the man’s need and, turning to me, asked, “Does that man have a home?” I told Martín what the sign said and watched as he pulled out his wallet, extracted his $2 – all the money he had – and reached out the window to give it to the man.

In that moment of elucidation there was much that I suddenly understood. I still acknowledged that, at some level, the man who had told me I was part of the immigration problem was right. But I can’t get my head around that monumental issue that has stymied legislatures for years. In short, I can’t take care of everybody. But I could take care of the young man sitting next to me by providing him with warm clothing, just as he had, in small measure, taken care of the homeless man by handing him his last couple of bucks.

I think that, once I divorce politics from the better angels of my nature, the issue becomes clear: If somebody comes to my door and tells me he’s hungry, I would not first ask him if he was here legally, any more than I would ask an accident victim if he was wearing a seat belt. The only question that would matter in that case is, “Are you OK?”

Just as I was considering this, I paused in my ruminations to ask Martín if there was anything else I could do for him.

Always hesitant to inconvenience me, Martín pulled himself together and said, “I’m hungry.”

And so I fed him.