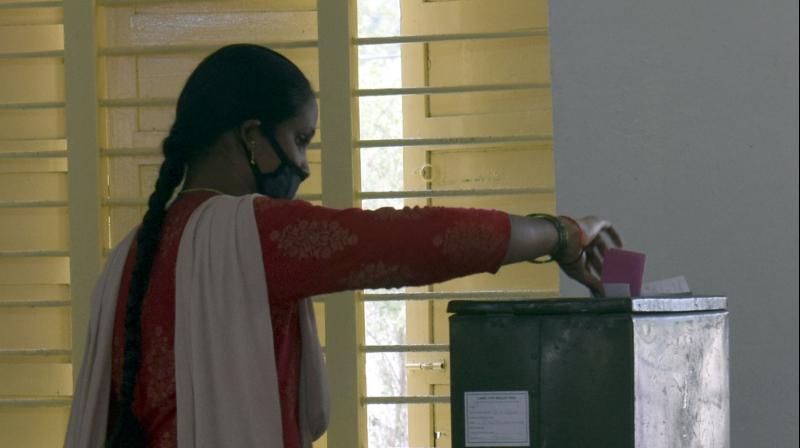 Vijayawada: Andhra Pradesh is going for the third phase of gram panchayat polls to elect 2,640 sarpanches and 19,607 ward members on Wednesday. The polling would be held from 6.30am to 3.30 pm.

The State Election Commission had notified plans to conduct polls in all 13 districts covering 160 mandals in phase-3. Out of the notified 3,221 positions of sarpanches, 579 were elected unanimously and the polling is to be held for 2,640 slots, with 7,756 contestants in the fray.

Polling hours will be restricted in Maoist infected agency areas from 6.30am to 1.30pm due to security reasons.

Once the polling is completed, counting of votes will begin at 4pm and the results will be out by late at night.

As the two previous phases of gram panchayat polls witnessed nearly 82 per cent of polling, with the turnout of large numbers of voters, the authorities are making elaborate arrangements for polling on Wednesday.

The authorities are complying with the Covid-19 protocol to screen the voters for temperature and ensure that they wear face mask and sanitize their hands before entering the polling station. Voters infected with coronavirus are to be given PPE kits to wear when they enter the polling station to cast their vote an hour before the completion of the polling.

The authorities would closely monitor the polling from the command and control centre set up at the office of the commissioner of panchayat raj and rural development.