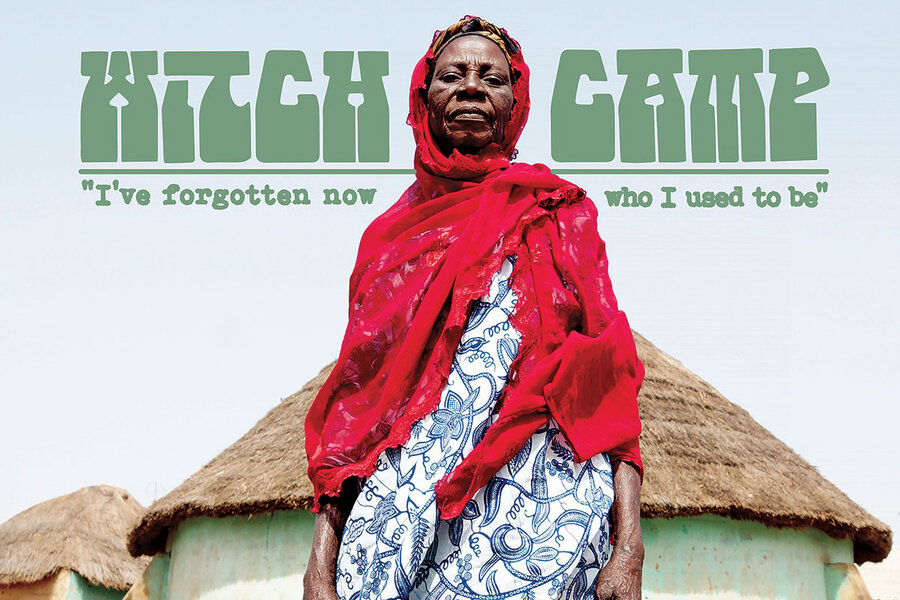 Although the languages on these recordings may be foreign to listeners, the emotional qualities in the songs don’t require translation. Mr. Brennan and Ms. Delli hope that the music will engender a compassionate kinship with those living in the longitudes and latitudes that are often marginalized in Western media.

“When I first interviewed Ian, it struck me that he wasn’t interested in recording music as a commercial product,” writes Marco Werman, host of the radio show “The World,” a co-production of WGBH radio and PRX, in an email. “He wanted listeners to know about disenfranchised people around the globe for whom music is their last and only form of expression – albinos in Tanzania, inmates in Malawi, so-called witches in Ghana – meaning it transcends entertainment. And yet every one of these albums is utterly captivating.”

Mr. Brennan produces the recordings. Ms. Delli photographs and films the proceedings. The couple’s first project was a 2010 documentary, “Rwanda’ Mama,” by Ms. Delli, who is Italian and Rwandan. She filmed her mother’s journey from Italy to her original home of Rwanda many years after she’d been orphaned by a genocide. That led the couple to discover The Good Ones, a music trio consisting of representatives from all three main tribes of Rwanda. For Mr. Brennan, who’d previously produced Grammy-nominated albums by American songwriters Peter Case and Ramblin’ Jack Elliott, recording The Good Ones sparked his desire to “de-exoticize” music from other cultures.

More than 30 albums later, he and his wife visited Ghana’s “witch camps” in December 2018. “The music becomes like a form of therapy [for the performers], especially in this project,” says Ms. Delli.

The duo recorded more than 100 Ghanaian women in three locations. The songs, sung in rare dialects, feature titles such as “Hatred Drove Me From My Home” and “Abandoned (Forced Into A Life Of Prostitution).” The short songs feature haiku-like lyrics or phrases repeated over and over in chant-like rhythms.

Many of the women have been exiled after being blamed for a natural calamity, a mishap, or an illness. The accusations often result from superstition. Ms. Delli says some women have also been labeled as witches in a cynical bid to deprive them of their land.

“We had the chance to meet these incredible human beings who really, truly embody resilience and strength,” says Ms. Delli. “The women have been ostracized, dehumanized, stripped of their dignity, stripped of their land, and now, through music, they were able to convey all of those experiences.”

“The surest way to healing is to share your stories,” says Mr. Brennan. “We all feel better when we talk about things, when someone is receptive and empathic.”

Mr. Brennan funds the recording of his mostly unprofitable album projects through his sideline business: teaching courses in nonviolence. After years of working inside psychiatric hospitals, he developed sought-after techniques for handling volatile situations. He’s also written related books such as “Anger Antidotes” and “Hate-less.” The producer’s interest in nonviolence often dovetails with the duo’s musical projects, many of which feature musicians who’ve experienced brutality.

“What I love about Ian and Marilena’s work is their respect of voice,” writes Corin Tucker, a singer and songwriter in the indie rock band Sleater-Kinney and a guest on the couple’s 2019 recording of The Good Ones, via a spokesperson. “Voice in songwriting is not just the singing, but the style each artist tells their story with. With each album, I think they strive to help underrepresented artists find their unique voice and bring their songs to the world with it.”

Most of the songs on “I’ve Forgotten Now Who I Used To Be” are solo pieces, but several, such as “Love,” feature a joyous chorus of villagers whooping and harmonizing together. In place of percussion instruments, the album’s performers tapped rhythms on cornhusks, tin cans, and even a balloon. During one of the recording sessions, Mr. Brennan and Ms. Delli noticed another woman lingering nearby, her face full of emotion. They encouraged her to sing something.

“We were being pressured by the leaders of the village to get out,” recalls Mr. Brennan. “They were interrupting as we were trying to record her. They were trying to stop us before we began: ‘She can’t sing. You don’t need to hear her.’”

Mr. Brennan says the woman’s song, “Left to Live Like an Animal,” is the album’s most transcendent moment. It exemplifies how he seeks to capture an intimacy in his recordings that he believes is often missing in overly rehearsed, overdubbed, and overproduced modern music.

“It comes from leading with love – love of music, love of people, and showing an interest,” he says. “Most people are denied intimacy even with the people that they’re supposed to be intimate with, wherever you are in the world. … So it’s a very powerful thing to give someone sincere attention.”

For the couple, the satisfaction of their work comes from shining a spotlight on places in the world that some people have never heard of. Case in point: Their next release is an album recorded in one of the world’s tiniest countries – Comoros, comprised of a group of islands in the Indian Ocean. The duo’s projects aren’t destined to be featured on the cover of Rolling Stone magazine, which they say is just fine by them. They prize the musical connections they’ve forged.

“We discovered that the Tanzania Albinism Collective continues to get together twice a week to make music just for the sake of making music with people who had never made music,” says Mr. Brennan. “That’s, to me, much greater success than for them to be ‘stars.’”