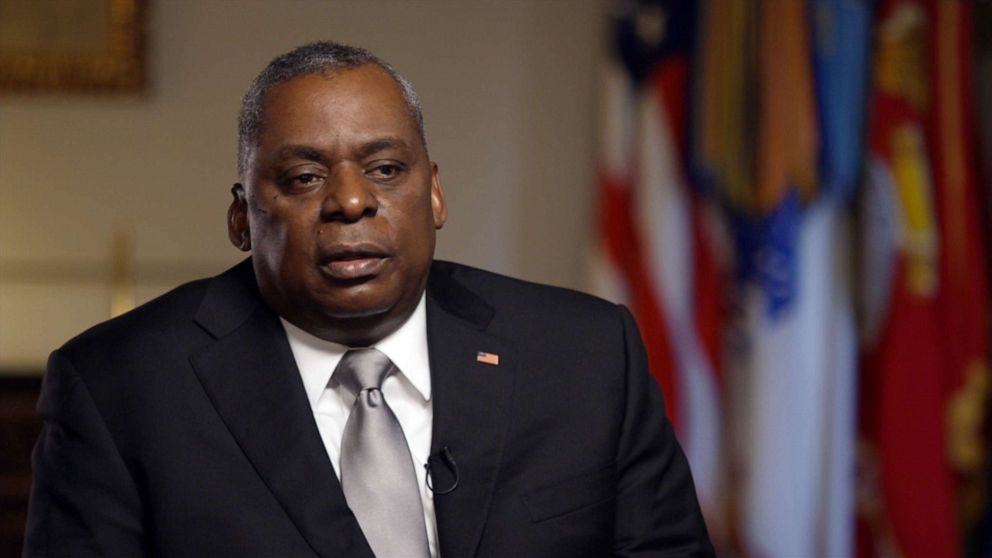 In an interview with ABC News, Defense Secretary Lloyd Austin said the U.S. is still assessing who was responsible for the recent rocket attack on a base in Iraq that houses U.S. forces.

Austin said that if the U.S. decides to respond to the attack it will be “at a time and place of our own choosing.”

He made his comments in a wide-ranging interview with ABC News’ “This Week” co-anchor Martha Raddatz set to air on Sunday.

On Wednesday, 10 rockets were fired at the sprawling Al Asad airbase in western Iraq that is home to many of the 2,500 American troops still in Iraq. No service members were wounded, but a civilian American contractor died from a heart attack while sheltering during the rocket attack.

“We want to make sure that that, again, we understand who’s responsible for this,” Austin told ABC News.

“The message to those that that that would carry out such a such an attack is that, you know, expect us to do what’s necessary to defend ourselves,” he added.

“We’ll strike if we, if that’s what we think we need to do at a time and place of our own choosing,” Austin said.

The rocket attack followed a U.S. airstrike in eastern Syria last week that targeted a compound used by two Iranian-backed Shia militias that the U.S. and Iraq had assessed were responsible for a deadly rocket attack on another U.S. facility in Erbil. That rocket attack killed a civilian contractor and injured several Americans, including a U.S. military service member.

The airstrike in Syria was the first U.S. military action of the Biden administration and U.S. officials have said it was intended to send a message that the U.S. will defend Americans in the region.

“You can’t act with impunity. Be careful,” President Joe Biden said last Friday when asked what message the airstrike was meant to convey.

A U.S. official confirmed to ABC News that Biden called off an airstrike on a second target in Syria after it could not be conclusively determined that women and children were not in the target area.