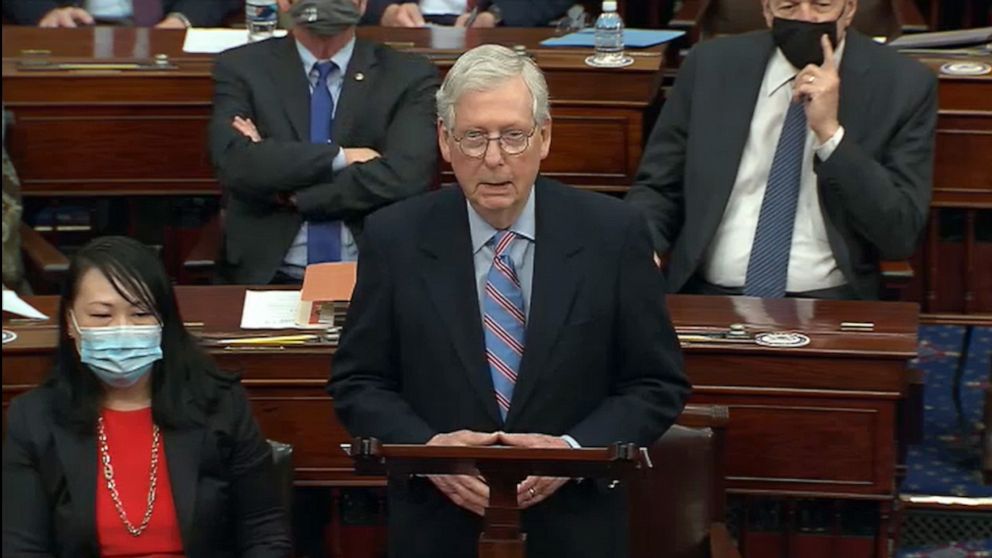 The bill passed on a party-line vote and will now head back over to the House, which will have to reconcile several key changes before it heads to President Joe Biden’s desk just days before unemployment benefits expire for millions of Americans.

Senate Majority Leader Chuck Schumer jubilantly celebrated the bill’s passage on Saturday afternoon, hailing it as “perhaps the most significant bill to help the poor and working people in decades.”

Schumer also praised Biden for his leadership, saying he put together “a great plan.”

“I said from the beginning, we were going to power through. We’re not going to let anything stop us until we got the job done,” the New York Democrat said. “Unity, unity, unity. That’s how we got this done.”

Biden praised the passage of the “historic” bill in the Senate on Saturday and said, “I hope it will find quick passage [in the House] so it can be sent to my desk to be signed into law. ”

He said the bill will ramp up vaccine manufacturing and distribution, will extend unemployment benefits for 11 million Americans and create an estimated 6 million jobs.

“The bottom line is this. This plan puts us on a path to beating the virus, this plan gives those families who are struggling the most the help and the breathing room they need to get through this moment,” he said.

In the evenly divided Senate, moderate Democrats won key changes to the House-passed legislation, changes the White House says the president supports, following his personal involvement along with senior aides, in lobbying members to compromise.

Democratic leaders were forced to trim back weekly jobless benefits to $300 from $400 with the federal boost through Sept. 6. The first $10,200 of income for those jobless Americans making under $150,000 would be tax-free.

Debate over those jobless benefits paralyzed the Senate for hours Friday evening when moderate Democrat Joe Manchin threatened to upend an agreement among Democrats about how unemployment benefits should be handled in the bill. The final agreement got Manchin’s support, passing on a party-line vote.

Another concession from Democratic leadership came on the $1,400 direct payments. Under the Senate bill, full payments will go out to individuals making under $75,000 and couples earning up to $150,000, but partial payments will only go to individuals making less than $80,000 and couples making less than $160,000. That means many who qualified for earlier rounds of relief payments won’t be receiving one this time around.

Once this new package gets Biden’s seal of approval, payments are expected to be distributed expeditiously. In previous rounds of coronavirus relief, people began receiving direct payments within days of the president signing the bill.

Democrats also agreed to require schools to establish a plan for reopening but beat back scores of Republican amendments aimed at forcing schools to reopen or lose precious federal aid.

Still, the final piece of legislation provides funding for many of Biden’s key campaign promises around relief. The bill includes a child tax credit that gives families $3,000 per child per year, $350 billion for state, local and tribal governments, $50 billion for contact tracing, $16 billion for vaccine distribution, $130 billion for K-12 education, funds for rental and mortgage assistance, support for restaurants and bars, funding for nutrition programs and more.

Republicans were united in their opposition to the package. For weeks, Republicans have criticized Democrats for their unwillingness to work across the aisle to more closely target the spending in a bill they’ve called a “liberal wish list.”

Heading into debate Friday, Minority Leader Mitch McConnell vowed that Republicans would put up a fight — and they did — offering dozens of amendments to the bill in a marathon overnight voting session.

Almost all GOP proposals failed on party-line votes. Alaska Republican Dan Sullivan was not in attendance during the vote series, alleviating Vice President Kamala Harris of her tie-breaking responsibilities.

Biden had asked Democrats to hang together and defeat “poison pill” amendments — and for the most part, they did.

Manchin did vote with Republicans on an amendment from Sen. Tommy Tuberville, R-Ala., that would have restricted relief funding from being spent on schools that allow transgender students to participate in girls’ sports. Sen. Lisa Murkowski, R-Alaska, in a rare move, crossed party lines to oppose the amendment.

House Majority Leader Steny H. Hoyer announced Saturday that the House will vote on the Senate-passed version of the bill Tuesday.

Editor’s note: A previous version of this article incorrectly stated the title of Senate Majority Leader Chuck Schumer. It has been updated.

‘What UPA? There is no UPA now’: Mamata Banerjee