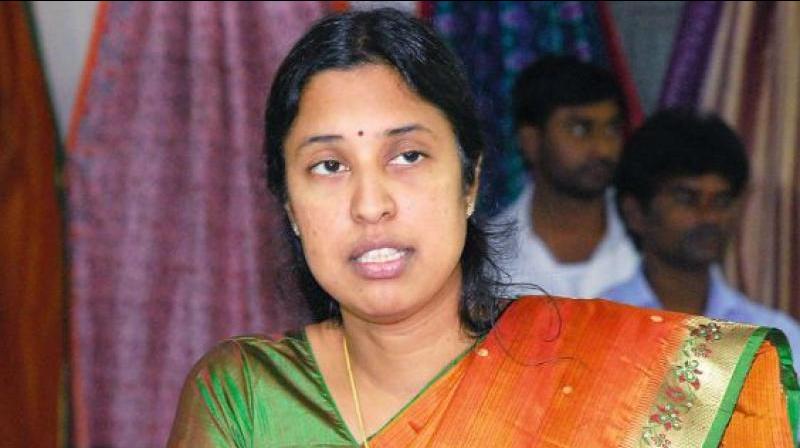 HYDERABAD: In an apparent hurry to make senior bureaucrat Y Srilakshmi as the next Chief Secretary, the Y.S. Jagan Mohan Reddy government on Monday promoted her as Special Chief Secretary.

Despite Secretary, Ministry of Social Justice, Reddy Subrahmanyam, who was representative of the Centre in the Departmental Promotion Committee, recommending that the promotion should be regular, Chief Secretary Adityanath Das issued orders promoting Srilakshmi on an ad-hoc basis.

Srilakshmi, who was arrested by the CBI, along with several other officials in cases pertaining to Jagan Mohan Reddy, recently approached the Telangana High Court to quash the case against her.

The 1988 batch officer entered into service at a very young age and will have tenure up to 2026 if she is picked up as the head of the State bureaucracy.

Quoting Department of Personnel and Training Rules 2000, the Centre’s nominee is believed to have noted that Rule 20 prohibits ad-hoc promotions even if the disciplinary or criminal prosecutions instituted against them are found to have been prolonged.

“In their cases, only a review every three months is to be undertaken and efforts are to be made to expedite their completion.”

The Chief Minister, however, decided to proceed with the promotion of Srilakshmi along with four 1991 batch officers G Sai Prasad, Ajay Jain, R.P. Sisodia and Sumita Dawra.