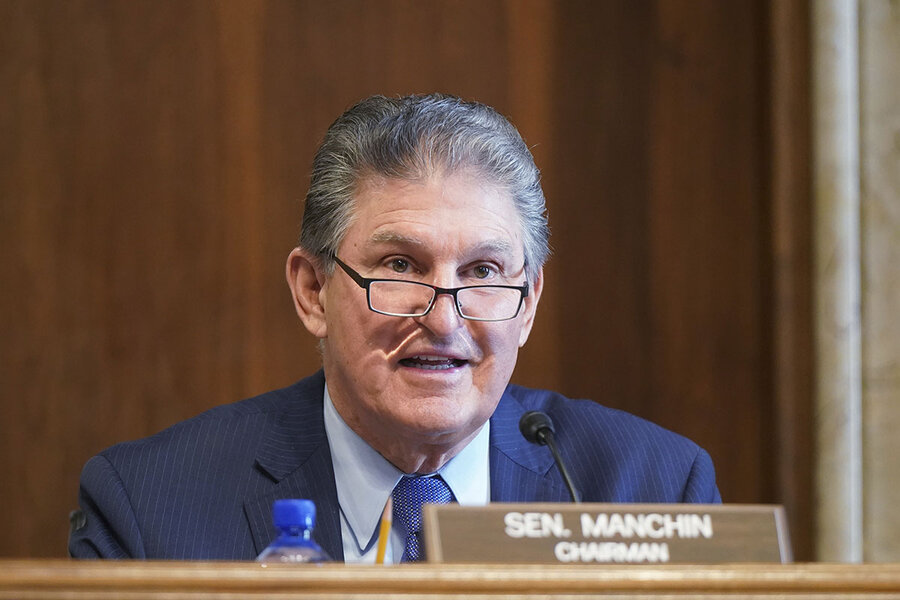 When Joe Manchin talks, people listen – just like in that old E.F. Hutton ad from the 1970s. Senator Manchin is a conservative Democrat from deep red West Virginia and, in a 50-50 Senate, his party can’t afford to lose his vote. He also knows how to throw his weight around.

So when Mr. Manchin said on “Fox News Sunday” that maybe the filibuster should be “more painful” to use, the political world took notice. He still supports the existence of the filibuster – the Senate procedure that requires a 60-vote supermajority to end debate on most bills. But perhaps, he suggested, it’s time to bring back the “talking filibuster.”

“Maybe it has to be more painful, maybe you have to stand there. There’s things we can talk about,” Mr. Manchin said.

Cue Jimmy Stewart in “Mr. Smith Goes to Washington,” the Frank Capra classic from 1939 about the idealistic senator who talks for 24 hours straight to try to block corrupt legislation. There are plenty of real-life examples of “talking filibusters” from earlier eras, some not as admirable. During the Jim Crow era, Southern Democrats filibustered to block civil-rights legislation.

Since 1975, senators haven’t had to talk nonstop to thwart a bill. They can just invoke “cloture,” thus triggering the need to find 60 votes. But in today’s polarized politics, getting to 60 feels well-nigh impossible. There are exceptions. Budget-related legislation can move through the Senate with a simple majority. That’s how the massive $1.9 trillion COVID-19 relief bill, which passed the House today, cleared the Senate.

But Mr. Manchin wants to make himself clear: Keep the filibuster. On Tuesday, he told Politico that he believes it forces Democrats and Republicans to work together – and gives the minority party a voice.

“There’s no way that I would vote to prevent the minority from having input into the process in the Senate,” Mr. Manchin said. “That means protecting the filibuster.”

Sen. Kyrsten Sinema, a centrist Democrat from Arizona, also supports keeping the filibuster. So does President Joe Biden, a veteran of the Senate – but watch the White House’s language. His “preference,” press secretary Jen Psaki says, is to keep the filibuster. But she doesn’t rule out reforms.

Going forward, the bulk of President Biden’s agenda – including the sweeping voting-rights bill known as H.R. 1 – doesn’t stand a chance without ditching or changing the filibuster. Suggestions for reform abound, including these from scholar Norman Ornstein. Tuesday night, the Senate’s No. 2 Democrat, Richard Durbin of Illinois, suggested a path to filibuster “modifications.”

But the Democrat from West Virginia will remain at the heart of the debate. Keep an eye on him.