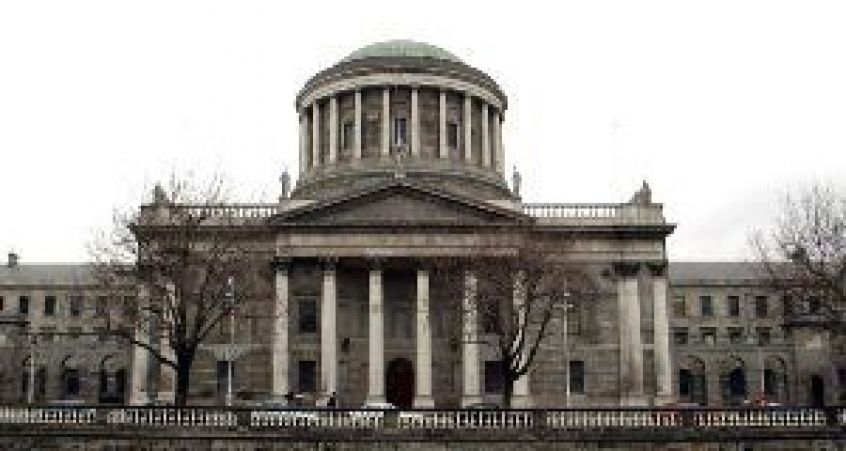 In his judgment, Mr Justice O’Moore said there was “no credible basis” to dismiss the petition by Kathleen Dineen (78), who claims she is owed €135,000 including €8,000 interest.

A High Court judge has granted a Cork woman’s petition to wind up an Irish company owned by a collapsed German property business.

Mr Justice Brian O’Moore made the winding up order on Wednesday for MUT 103 Ltd, with offices at Naas, Co Kildare, which is linked to the German Property Group (GPG), formerly Dolphin Capital.

On the evidence before him, MUT 103 is “plainly insolvent” and some €107 million remains outstanding to Irish investors in GPG, he noted. Those investment were made either through MUT 103 Ltd or MUT 106 Ltd.

His decision was influenced by the fact that while, since July 2019, investors had been continually reassured by Wealth Options Trustees Ltd (WOTL) that the sums advanced by MUT 103 are fully secured, an options paper circulated five days ago by Dentons Europe LLP, engaged as counsel by WOTL in March 2020, described “a much more insecure position”.

The judge said he was proceeding on the basis the directors of MUT 103 Ltd have no culpability, either moral or legal, for the potential problems with the security provided to it.

Nonetheless, there was a “stark difference” between the position on security described to the brokers by WOTL and the situation as set out by Dentons.

MUT 103 had sought the petition to be dismissed, adjourned or stayed. Its counsel Peggy O’Rourke SC said there was a very complicated process involved and creditor meetings of Irish loan note holders to assess future options could start soon.

In his judgment, Mr Justice O’Moore said there was “no credible basis” to dismiss the petition by Kathleen Dineen (78), who claims she is owed €135,000 including €8,000 interest.

Mrs Dinneen, from Ballincolig, Co Cork, suffers from Multiple Sclerosis and her counsel Bernard Dunleavy SC said she had been “consistently fobbed off” when she sought repayment of her investment. The loan note was for three years, and she was due to be repaid in February 2020.

The judge said, if he dismissed the petition, the “current unsatisfactory situation” would persist indefinitely.

Unless he made the winding up order, the plainly insolvent MUT 103 would continue in being, if not in business and the only entity dealing with investors would be WOTL which has for some months refused to deal with individual queries and has instead communicated by “sporadic updates” sent to brokers, he said.

WOTL was described by one of its directors as having acted as administrator of MUT 103, and of another vehicle, MUT 106 Ltd, “regarding the investment of funds into GPG products from 2011 and as distributor of the GPG products in Ireland from June 2018”.

The judge said there was no suggestion the appointment of a liquidator would disadvantage investors in their dealings with the German insolvency administrator.

He would not adjourn the petition to allow for proposed investor meetings to take place as this would involve the current directors remaining in control of the company and those individuals, either in their capacity as directors of MUT 103 or directors of WOTL, summoning and running investors meetings to describe the options available, he said.

He saw no reason why the liquidator could not ascertain the investors views and neither justice nor fairness required the petition to be adjourned.

Despite “profoundly worrying” allegations that had been made about Dolphin Trust/GPG as of July 2019, despite the fact Dolphin Trust/GPG suspended all payments in December 2019 and despite GPG having entered an insolvency process in July 2020, the efforts of MUT 103 and WOTL appear to have achieved “little or no culpable benefits” for the investors except the 19-page options paper recently produced by Dentons.

The Dentons paper, “quite restricted in its scope”, was only circulated on March 5th last, four days after the petition was heard, he said.

According to that paper, the only asset charged in favour of MUT 103 is property at Zehdenick in Brandenburg, Germany, he noted. It also appeared the security provided to MUT is not yet compete and the GPG insolvency administrator has notified Dentons, based on information so far, he assumes all loan claims of the MUT companies against GPG companies are subordinated and therefore the granted securities could be challenged.

The judge said, while he had no idea if this challenge has any merit, the validity of the company’s security is under threat and it appeared enforcement of the security “may not be plain sailing”.

The security obtained by the company, central to the protection of investors, was taken on the watch of, among others, the current directors, he said. For the purpose of enforcing the security, and seeing off any challenge to it, it would be preferable if the company came under the stewardship of a court appointed liquidator.

He would therefore make orders winding up the company and appointing Myles Kirby as liquidator.

The court previously heard the GDG collapsed last year after taking more than €1 billion from investors in Ireland, the UK, Asia and elsewhere. Money was raised from more than 1,800 Irish investors by way of issuing loan notes for the purpose of buying and renovating listed buildings in Germany with promises of annual returns of as much as 15 per cent.