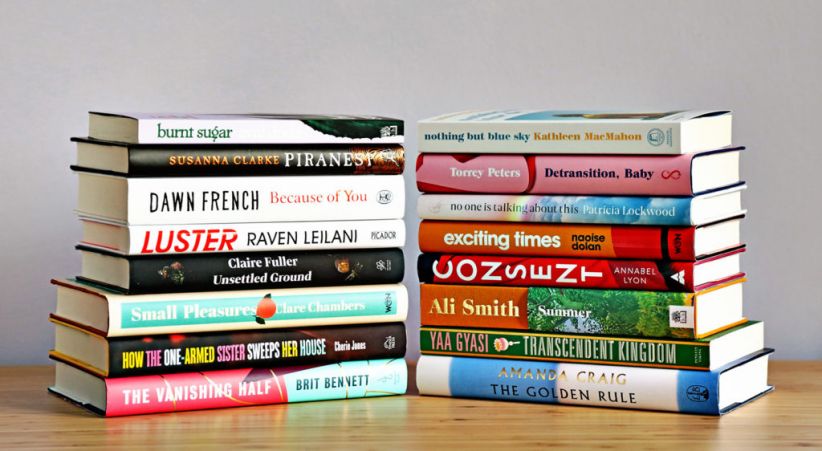 Looking for some lockdown reading inspiration? You’re in luck; the Women’s Prize for Fiction has just revealed this year’s longlist, including two Irish authors, Naoise Dolan and Kathleen MacMahon.

Evaristo said: “We’re confident that we have chosen 16 standout novels that represent a truly wide and varied range of fiction by women that reflects multiple perspectives, narrative styles and preoccupations. These novels fascinated, moved, inspired and challenged us, and we’re excited at announcing their inclusion on the Women’s Prize longlist.”

TODAY is the day! At 6pm GMT we reveal the 2021 #WomensPrize longlist.

Who's joining us? 🙋‍♀️ pic.twitter.com/zSoz7mxe2j

The list of 16 highlights debut novels and books by more established authors from countries around the world.

Maggie O’Farrell from Coleraine in Derry took home the top prize for Hamnet in 2020, and previous winners include Ann Patchett, Zadie Smith and Chimamanda Ngozi Adichie.

The shortlist will be revealed on April 28th, and the winner announced on July 7th.

These are our top picks from the longlist…

What’s it about? Dublin writer Naoise Dolan transports us to Hong Kong in her debut novel. Ava is an Irish working class English teacher, who falls into a strange relationship with extremely wealthy banker Julian. Things get a bit sticky when he moves away, and she stays in his apartment but develops feelings for a lawyer, Edith.

Nothing But Blue Sky by Kathleen MacMahon

What’s it about? Former RTÉ journalist Kathleen MacMahon broaches the topic of grief, following the story of a foreign news correspondent, David after the death of his wife, Mary Rose. Dealing with a profound sense of loss, David confronts the reality that his life was not what he had thought, returning to the places where he had once felt so happy.

The Vanishing Half by Brit Bennett

What’s it about? Black twins Stella and Desiree flee their southern hometown as teenagers in the 1950s, and then their paths diverge. Stella begins passing as white, hiding her true identity from her husband and daughter, and Desiree returns home with her daughter Jude, before their lives cross over once more, and they discover the true nature of their history.

What’s it about? Edie is a rudderless 20-something black woman in New York, navigating microaggressions in her majority white workplace, when all she really wants to be is an artist. Her life switches course when she loses her job, starts an affair with a middle-aged white man and somehow ends up living in his New Jersey suburban house with his wife and adopted child. Leilani drip feeds details from Edie’s traumatic past, while delivering moments of dark humour.

What’s it about? First generation Ghanaian immigrant Gifty is a neuroscientist living in California. Her mother – who has been depressed since they lost her teenage brother to an opioid addiction – comes to visit, causing Gifty to look back at her hyper religious upbringing in Alabama and the circumstances leading up to her brother’s death.

What’s it about? Peters’ first novel follows three 30-somethings in Brooklyn, New York. Ames is a cis man who recently detransitioned, his ex Reese is a trans woman desperate for a child, and Katrina is Ames’ pregnant boss. It’s a complicated set-up, begging the question: can these three people form an unconventional family?