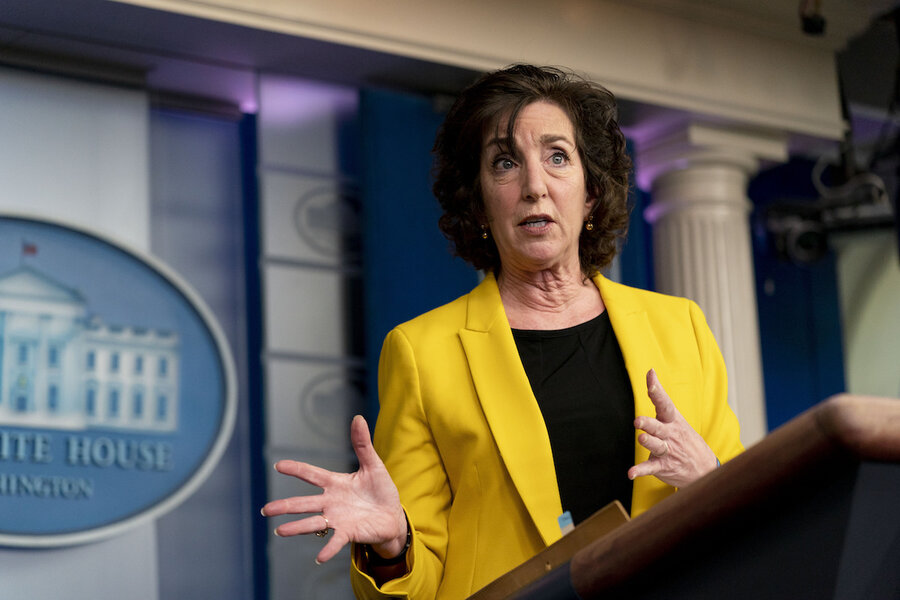 The number of migrant children and families seeking to cross the United States’ southwest border has surged to levels not seen since before the pandemic, a challenge for President Joe Biden as he works to undo the restrictive immigration policies of his predecessor.

Statistics released Wednesday by U.S. Customs and Border Protection showed the number of children and families increased by more than 100% between January and February. Kids crossing by themselves rose 60% to more than 9,400, forcing the government to look for new places to hold them temporarily.

The surge has been seized on by Republicans and former President Donald Trump as a line of attack on Mr. Biden, though his administration is turning back nearly all single adults, who make up the majority of border-crossers, under a public health order imposed at the start of the coronavirus pandemic.

The Biden administration is temporarily holding children and families, mostly from Central America, for several days. They are generally then allowed to enter the U.S. while authorities evaluate their claims to asylum or see if they have any other legal right to stay in the country.

It is a challenge for an administration that has been working to restore an asylum system largely dismantled under Mr. Trump and likely to face increasing pressure. Factors driving the increase include widespread hunger in Central America due to recent hurricanes, the economic upheaval of the pandemic, and more fundamental social problems dating back years.

“If you put all those issues together you are going to see folks that are looking for a better way of life,” acting CBP Commissioner Troy Miller said as he presented the latest figures.

Republicans have argued that migrants are drawn by incentives such as the immigration bill backed by Mr. Biden and many Democrats that would offer a path to citizenship for millions of people illegally in the country. “We’re seeing a surge of unaccompanied children coming across the border. Why? Joe Biden promised amnesty,” Sen. Ted Cruz, R-Texas, said in a tweet.

(However, the path to citizenship outlined in the legislation would be for those already in the country as of Jan. 1, 2021.)

Overall encounters have been increasing steadily since April 2020, soon after Mexico and the U.S. agreed to close the official border crossings to all but essential traffic because of the pandemic.

There were nearly 29,000 families or unaccompanied minors combined in February. The last time it was higher was in October 2019. The total number of people encountered by CBP was just up 28% from January, but many of them are migrants who were recently turned back and are trying again.

Biden officials have faced mounting questions about the temporary detention of migrant families, an issue that both Mr. Trump and former President Barack Obama had to deal with because of the instability in the region. The new administration is seeking to craft a softer approach.

Roberta Jacobson, Mr. Biden’s senior official for southwest border affairs and a former U.S. ambassador to Mexico, said the administration is asking Congress for $4 billion for targeted aid to nonprofit and community organizations in Honduras, El Salvador, and Guatemala to try to ease some of the conditions that cause people to flee their homelands.

“Only by addressing those root causes can we break the cycle of desperation and provide hope for families who clearly would prefer to stay in their countries and provide a better future for their children,” she told reporters at the White House.

Ms. Jacobson said the U.S. is also restoring a program, ended under Mr. Trump, that reunited children in the three Central American countries with parents who are legal residents in the United States.

The Department of Homeland Security has also begun processing the asylum claims of thousands of people who were forced by the Trump administration to stay in Mexico, often in dangerous conditions, awaiting a decision on their case.

U.S. officials say that early Biden administration moves on immigration have likely been portrayed by smugglers to migrants that they will be able to cross the southwest border more easily than under Mr. Trump. Most people are still turned back.

Nearly three-quarters of the more than 100,000 total people encountered at the southwest border in February were single adults, records show, and the vast majority were quickly sent back across the border to Mexico under the public health order.