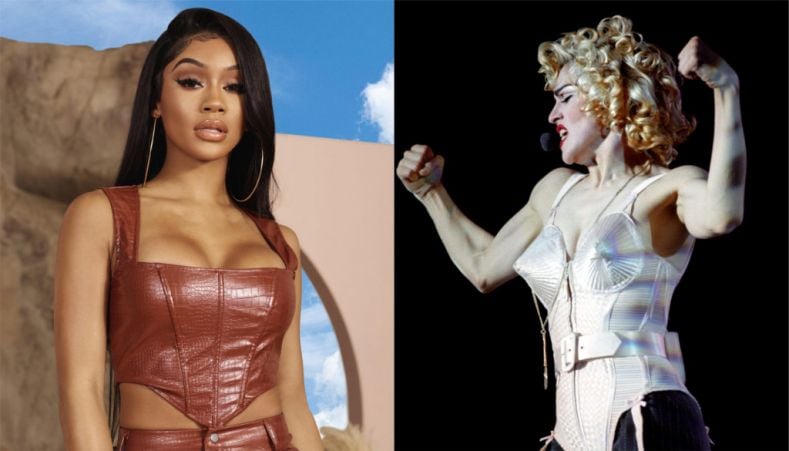 Once a symbol of oppression, corsets have quite a controversial history in fashion.

Basically a tightly fitted undergarment designed to shape the wearer’s body, early styles are believed to date back as far as 1600 BCE, and corsets were widely seen in the 18th and 19th centuries.

Worn mostly by women – but also men – these adjustable garments could be tightened (sometimes to the extreme!) to help give what was thought to be a desirable hourglass silhouette, with a small waist.

Corsets developed something of a bad reputation, particularly as they fed into unrealistic beauty standards, and could be tied so tightly it made it hard to breathe. They certainly were not made with the wearer’s comfort in mind.

But this didn’t stop corsets from flourishing. As beauty standards shifted, so did undergarments – take the corsets of the 1920s flapper era, which aimed for a more ‘boyish’ figure, minimising curves rather than accentuating them.

By the mid-20th century, women were shedding constrictive clothes and increasingly wearing trousers, so the uncomfortable corset started to be pushed aside – but not for too long.

The corset soon reinvented itself as the star of the show; not just an undergarment to be hidden underneath layers. Vivienne Westwood is perhaps the best example of this – from the 1970s to today, the iconic designer has incorporated elements of punk corsetry into her collections.

Other designers soon followed – just think of Jean Paul Gaultier’s iconic cone bra corset for Madonna in 1990. Far from a symbol of repression, it soon became synonymous with women reclaiming their sexuality and bodies.

Corsets did hit a bit of a style low point in the Noughties though, when brightly patterned, shiny versions flooded the red carpet. Corsets paired perfectly with the low-slung trousers of the day, and fulfilled the brief for ‘jeans and a nice top’.

Victoria Beckham provided us with peak Noughties-corset at the 2003 MTV Movie Awards, wearing a satin lace-up dress – a look we loved at the time, but aren’t so sure about in hindsight.

Corsets faded towards the end of the 2000s – but now, the style is well and truly back, largely thanks to the wild popularity of Bridgerton. Set in the Regency era, the blockbuster Netflix TV show features characters in bosom-heaving corsets, reigniting our love for the style.

Now, most corset styles aren’t bone-crushingly uncomfortable, thankfully. But they could help you bring a bit of Regency flair to your post-lockdown looks…

There’s a reason Bridgerton is the most-watched original series on Netflix: it’s saucy, fun, and the outfits are incredible. Women wear technicolour gowns, given structural integrity thanks to a bit of corsetry.

The high street is taking cues from the period drama. Luckily, this doesn’t mean you have to wear full satin dresses complete with layers of petticoats. It’s about taking inspiration from the era – think romantic patterns, whimsical detailing like puff sleeves, and plenty of pastels.

Corsets are intrinsically sexy, and this iteration of the trend really leans into that. Designers can’t get enough of the ‘underwear as outerwear’ look – so that means lots of visible boning, silk and lace.

Instead of wearing a full-blown, lace-up corset, tops pull out elements from the look. Think cup detailing, cinched waists and delicate detailing.

Fashion’s obsession with the Nineties shows no sign of slowing down. This decade’s take on corsets is all about simplicity: muted tones and lots of denim or leather.

Keep detailing to a minimum with these styles, and let the corset be the star of your outfit.

Corsets aren’t traditionally seen as the most comfortable things in the world, but the pandemic has changed our approach to fashion. Over the last year, athleisure and cosy clothes have taken centre stage.

If you’re living in joggers and the idea of donning a constrictive corset really does not appeal, there are plenty of knitted or sweatshirt styles that wouldn’t look out of place with a comfy pair of trackpants.