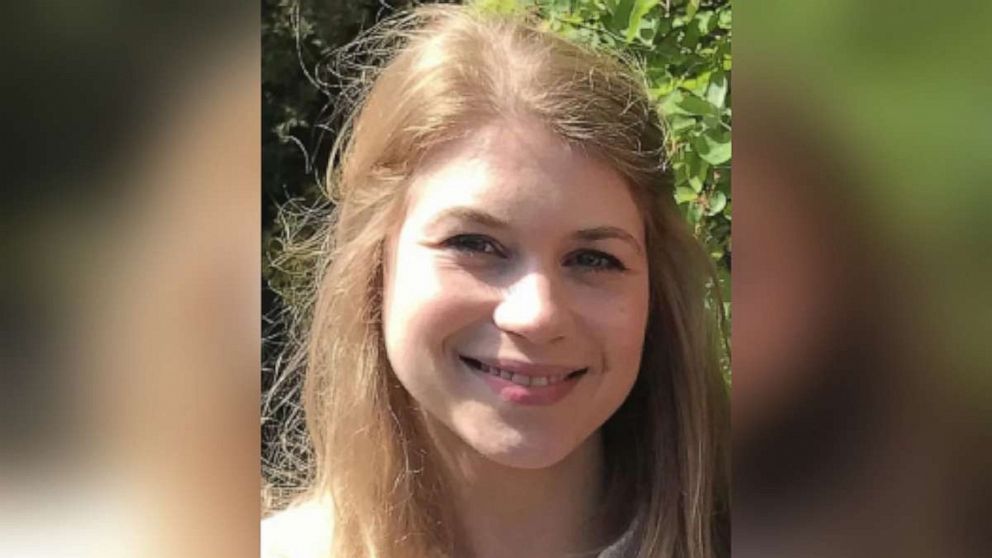 The search for a 33-year-old woman who went missing in London officially ended Friday, after remains found earlier in the week were confirmed to be hers.

The Metropolitan Police said that the body found in a wooded area in Kent, about 55 miles southeast from where she was last seen, was that of Sarah Everard.

“Our thoughts are with Sarah’s family and loved ones at this difficult time,” police said in a statement.

Everard was last seen on March 3 in the area of Clapham at around 9:30 p.m., according to police. She had been at a friend’s house and was walking back to her home in Brixton, a trip that should have taken about 50 minutes.

A serving Metropolitan Police officer, who worked with the Met’s Parliamentary and Diplomatic Protection Command, has been arrested and charged with her murder, police said.

“Following a referral of evidence by the Metropolitan Police related to the death of Sarah Everard, the CPS has authorised the police to charge Wayne Couzens with murder and kidnapping,” Rosemary Ainslie, head of special crime at the Crown Protection Service, said in a statement.

Couzens is expected to appear at Westminster magistrates’ court on Saturday.

A woman was also arrested on suspicion of assisting an offender.

Metropolitan Police Assistant Commissioner Nick Ephgrave said in a statement that the news of the officer’s arrest is “both shocking and deeply disturbing.”

Everard’s case has ignited a national conversation on women’s safety, with countless women speaking out about the all-too-common reality of walking alone in fear.

“What happened to Sarah Everard has hit home hard for so many women because we make the calculations she did every day too,” Kate McCann, a political correspondent at Sky, tweeted on Wednesday. “We take the longer, better-lit route, push the fear aside for the voice that says ‘don’t be daft, you’ve every right to walk home alone at night and be safe.'”

Nicola Sturgeon, the first minister of Scotland, was among the thousands of people to retweet McCann’s message.

“That there will be few — if any — women who don’t completely understand and identify with this @KateEMcCann thread tells us everything we need to know,” Sturgeon wrote.

A vigil was planned in Clapham on Saturday to honor Everard and bring light to the violence and harassment women face on a daily basis.

Anna Birley, one of the organizers of Reclaim These Streets, told ABC News that the group wanted to make it clear that women are not the problem.

“There is clearly a problem around women’s safety,” she added.

Birley believes Everard’s case has brought so much attention to the issue partly because of its coverage, but also because Everard “did what we’re told are all the right things.”

“She stuck to well-lit streets. She was on the main road rather than the back streets. She wore bright colors. They’re all the things we all do when we’re walking home alone in the dark,” Birley told ABC News. “I think that’s what makes it really resonate because I have yet to find a single woman who hasn’t had that experience.”

Whether or not the vigil will go on as planned remains uncertain. Britain is currently under lockdown due to the novel coronavirus, and while Birley said police had initially been trying to work with the organizers on how to safely execute the event, she said they have since declared the event unlawful.

Birley said they are still working with police to figure out what protocols they would like to see for the vigil and the event has not been canceled yet.

Everard’s family released a statement on Thursday, calling her “bright and beautiful — a wonderful daughter and sister.”

“She was kind and thoughtful, caring and dependable. She always put others first and had the most amazing sense of humour,” the family said. “She was strong and principled and a shining example to us all. We are very proud of her and she brought so much joy to our lives.”

Police are still working to determine exactly what happened to Everard.

“I know that the public feel deeply hurt and angry and I speak on behalf of all my colleagues when I say that we too are horrified,” police said in a statement, adding that Londoners should expect to see an increased police presence.