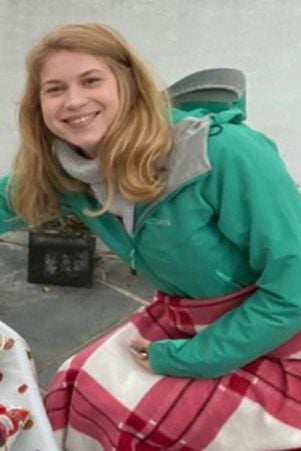 A body found hidden in woodland in Kent has been identified as that of 33-year-old Sarah Everard.

A serving Metropolitan Police officer, who is aged in his 40s, remains in custody on suspicion of kidnapping and murdering the marketing executive and detectives have been granted more time to question him.

Human remains were found in an area of woodland in Ashford, Kent, on Wednesday.

Metropolitan Police Assistant Commissioner Nick Ephgrave told reporters outside Scotland Yard on Friday: “The body has now been recovered and a formal identification procedure has been undertaken. I can now confirm that it is the body of Sarah Everard.

“Clearly Sarah’s family have been updated with this most distressing news.

“I just want to pause for a moment and say that my thoughts and prayers, and those of the entire organisation, remain with her and with them at this awful time.”

Assistant Commissioner Nick Ephgrave has sadly confirmed the body found in the woodland in Kent has been identified as Sarah Everard.

Our thoughts are with Sarah's family and loved ones at this difficult time. pic.twitter.com/JhDBflOGe5

It comes as Scotland Yard is facing an investigation by the police watchdog into its handling of a separate allegation of indecent exposure against the arrested officer, who is in the Parliamentary and Diplomatic Protection Command.

The Independent Office for Police Conduct is to probe whether two officers “responded appropriately” after receiving a report that a man had exposed himself at a fast food restaurant in south London on February 28th – three days before Ms Everard went missing.

The watchdog is also assessing a referral relating to police actions after Ms Everard was reported missing, as well as another in relation to the suspect being taken to hospital.

He was treated for a head injury sustained while alone in his cell on Thursday.

The Met said he received immediate first aid and was later discharged from hospital before being returned to the police station where he is being held.

A forensics team was searching an area of land outside the back fence of the suspect’s house in Deal, Kent, on Friday, while uniformed officers were posted at a derelict garage in Dover, which was run by his family.

Ms Everard vanished while walking home from a friend’s flat in south London on March 3rd.

She is thought to have walked through Clapham Common towards her house in Brixton – a journey which should have taken around 50 minutes – and was last captured on a doorbell camera walking along the A205 Poynders Road towards Tulse Hill at around 9.30pm.

Her suspected kidnap and murder has prompted anger over the safety of women on the UK’s streets.

London Mayor Sadiq Khan, said: “It is devastating news for Sarah Everard’s loved ones that the police have identified her body.

“My deepest sympathies – and those of all Londoners – are with them.”

A vigil was due to take place at Clapham Common bandstand in south London on Saturday – but organisers are now seeking legal action after claiming the Metropolitan Police reversed their position on allowing the event to go ahead.

Mr Ephgrave said: “I know that the public feel hurt and angry about what has happened, and those are sentiments that I share personally, and I know my colleagues here at Scotland Yard and across the Met share as well.

Utterly devastating news for Sarah Everard’s loved ones that the police have identified her body. My deepest sympathies – and those of all Londoners – are with them.

The police investigation continues – I urge anybody with information to please contact the Met on 0208 785 8244.

“I also recognise the wider concerns that have been raised, quite rightly, about the safety of women in public spaces in London and also elsewhere in the country.

“I want to say now that this organisation, and the men and women in it, remain committed to protecting Londoners wherever they are in this city.

On Thursday night, Ms Everard’s family released a statement describing her as a “shining example to us all”, and said she had “brought so much joy to our lives”.

They said: “Our beautiful daughter Sarah was taken from us and we are appealing for any information that will help to solve this terrible crime.

“Sarah was bright and beautiful – a wonderful daughter and sister. She was kind and thoughtful, caring and dependable. She always put others first and had the most amazing sense of humour.

“She was strong and principled and a shining example to us all. We are very proud of her and she brought so much joy to our lives.

“We would like to thank our friends and family for all their support during this awful time and we would especially like to thank Sarah’s friends who are working tirelessly to help.”

A woman in her 30s, who was arrested on Tuesday on suspicion of assisting an offender, has been released on bail to return to a police station on a date in mid-April, police said.