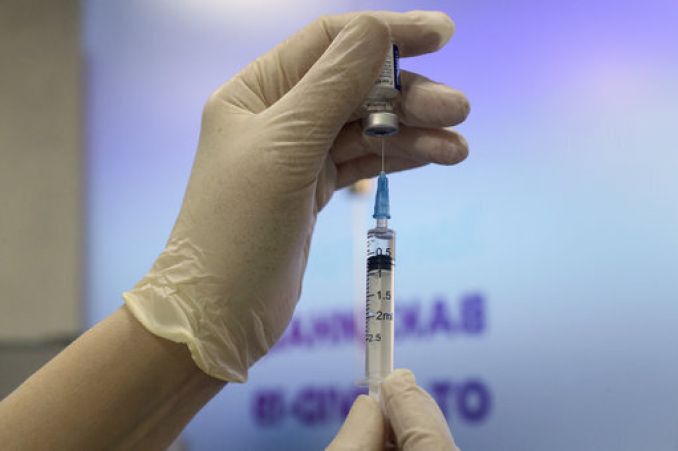 The EU has exported a million doses to the US and more than 8 million to Britain since February. Photo: Alexander Shcherbak/TASS

The World Health Organisation called on all countries to drop restrictions on the export of vaccines and vital components, as a rush for Covid-19 jabs puts pressure on global supply and a fresh wave of infections threatens Europe.

As The Irish Times reports, several countries around the world have imposed bans or restrictions on exports of doses and key vaccine ingredients amid a scramble for stock, causing logjams in complex international pharmaceutical supply chains that could slow progress to end the pandemic, the global health body warned.

“Some countries have imposed legal restrictions on the export of critical supplies. This is putting lives at risk around the world. We call on all countries not to stockpile supplies that are needed urgently to ramp up production of vaccines,” WHO chief Tedros Adhanom Ghebreyesus said in a press conference.

“In a global pandemic no country can go it alone, we are all interdependent,” he added. “We cannot end the pandemic anywhere unless we end it everywhere.”

A ban on vaccine exports by the United States has led to 30 million doses of the AstraZeneca vaccine accumulating in an Ohio facility, and tens of millions more in a separate facility in Baltimore, the New York Times reported.

The AstraZeneca vaccine is not yet approved for use in the United States, so cannot be used domestically.

The European Union is in talks with Washington in a bid to ease supply bottlenecks, a European Commission spokesman said on Friday, after US president Joe Biden said his country would only be prepared to share doses once his own population was served.

The EU has exported a million doses to the US and more than 8 million to Britain since February, but has extended until June a requirement for permits for some vaccine exports that saw Italy block a shipment due to Australia last week.

Glass vials, plastic components and raw materials used in vaccines are among the components in short supply due to the sudden surge in demand, according to the WHO.