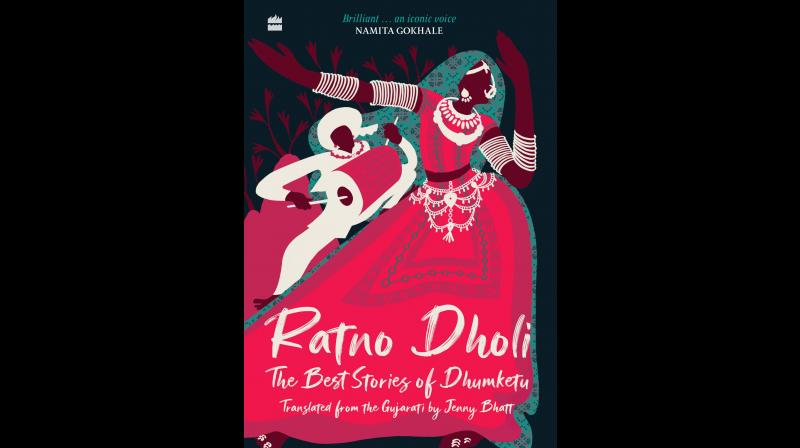 The title story of Ratno Dholi: The Best Stories of Dhumketu, translated from the Gujarati by Jenny Bhatt, is by no means the only one in the book that grabbed my attention and kept it.

In fact, I liked the opening story in the collection the best, though less because it’s better than the rest than because it was my introduction to Dhumketu (Gaurishankar Govardhanram Joshi), a writer I had never heard of before, though he was a contemporary of Munshi Premchand, Rabindranath Tagore and Saadat Hasan Manto.

This story, “The Post Office”, is about an old man who visits the post office every morning without fail, hoping to hear from his daughter who had married an army man five years earlier, moved away with her husband and had never been heard from since.

There’s more to the story of course: the old man, Ali, had once been a hunter who had delighted in watching the chicks of the partridges he killed running around, frantically looking for their mothers. The parallels with Ali’s own story in his old age are stark; but there’s even more to “The Post Office” than that. You can read this story twice, five times, nine times and still find more and more.

You find this kind of depth in each of the 22 stories in this book, which means that a) the translator has done an excellent job and b) every story in the book is satisfying, something that does not often happen with short story collections. Which is why it’s best to read these stories not all at one time, but over days and weeks and in no particular order.

I read the title story, for instance, some weeks after I began the book. Ratno, the dhol player, lives in a small hut beneath a stony hill that threatens an avalanche of rocks every day. The dhol is his soul and so is Sundari, a woman who can’t stop herself from dancing whenever Ratno plays.

Of course there is a snake in this Garden of Eden; there are always snakes. And so Ratno’s life changes when the rules of religion are invoked by a man who, for no particular reason, cannot bear to see happiness in other people.
But there are no villages in “The Rebirth of Poetry”, a sci-fi-ish story set in a future where people, tired of the conflicts caused by differences, live perfectly unemotional and homogenous lives in a perfectly flat social structure until poetry and music arrive via visitors from the moon.

In this collection of stories, you go back in time to the age of Bimbisaar, move to Darjeeling just before and after a world war, swing into a newly Independent India, turn into the gallis of a slum, listen to a story that never continues beyond its opening line, feel the emotions of a man whose freedom fighting son was hanged. Dhumketu opens worlds upon and within worlds, swooping through times, places, moods and narrative styles in an intoxicating manner. Read it slowly. Savour it. And oh – never cover the book’s cover. It is truly a work of art.