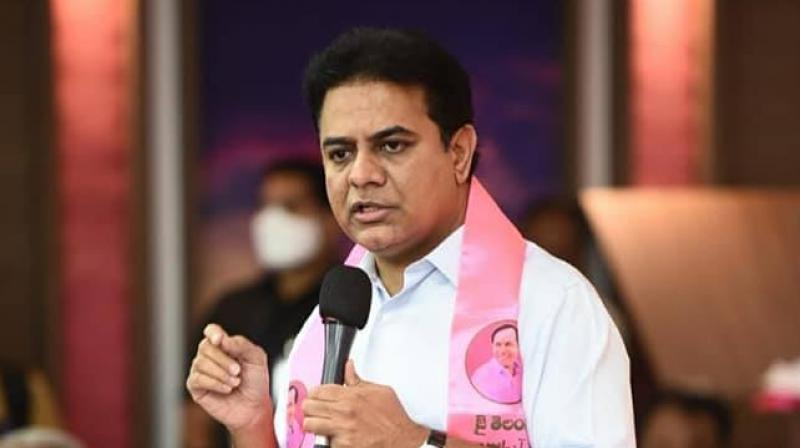 Hyderabad: TRS working president and IT minister K.T. Rama Rao on Wednesday extended his party’s support to the ongoing agitation against the Central move to privatise the Vizag Steel Plant (VSP) in Andhra Pradesh.

“We stand with the people of Andhra Pradesh against privatisation of VSP. If necessary, with the permission of KCR, we will visit Visakhapatnam to extend our support,” Rama Rao said at a TRS election meeting for the graduate MLC polls.

He said Telugu states should fight unitedly if the Centre rendered injustice to AP or TS. “Prime Minister Narendra Modi will
privatise Central public sector undertakings (CPSUs) like BHEL in Hyderabad also if we remain silent on Vizag Steel,” he said.
“They promised to set up a steel plant in Telangana’s Bayyaram through SAIL. Now they are selling off VSP to private players. Who will believe that the Centre will set up a steel plant in Bayyaram now? The Centre’s decision has brought thousands of VSP employees onto the roads,” he said.

“It could be BHEL tomorrow and Singareni the day after. Our support is with the AP people and VSP employees,” KTR said. Rama Rao took a dig at Modi saying that he may privatise even the state governments in future if no one opposed the privatisation moves of Centre now.