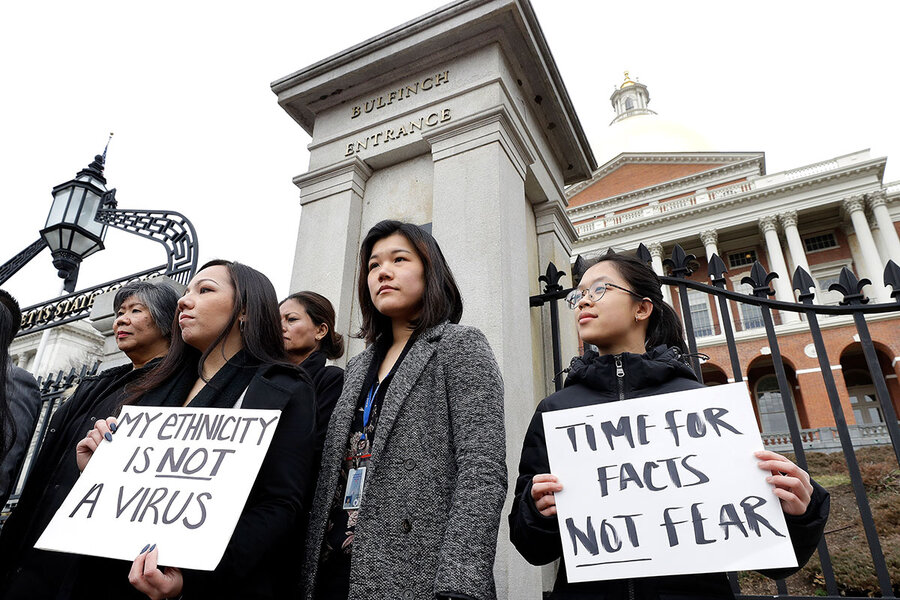 More than one year into the coronavirus outbreak, it’s becoming clearer that the pandemic has unwelcome side effects that go beyond public health.

Surveying 16 major American cities, researchers at the Center for the Study of Hate and Extremism (CSHE) at California State University, San Bernardino recently noted an alarming spike in hate crimes against Asian Americans in 2020.

Historically, times of stress or fear have sometimes been attended by a rise in prejudice – including hate crimes. The pattern has resurfaced, but researchers see hope that it can also be reversed.

“We don’t often see these kinds of spikes,” says Brian Levin, director of the CSHE. And due to vast underreporting – a product of cultural and linguistic barriers, he says – “all we’re doing is measuring the tip of the iceberg.”

The rise fits a pattern of ethnic groups facing discrimination in America, says Professor Levin. Around 2010, hate crimes against Latinos jumped after a raft of unauthorized border crossings. In the middle of the decade, those against Muslims rose, following the San Bernardino shooting in California.

“This is another unfortunate rotation that often comes about from the combination of a catalytic, fear-inducing event, along with stereotyping and conspiracizing by political leaders and others,” says Professor Levin.

In 2020 the culprit was the coronavirus pandemic, and former President Donald Trump’s rhetoric in particular, he says. Calling COVID-19 the “China virus” or “kung flu,” for example, can stoke public resentment.

But if rhetoric can harm, it can also heal. It’s no coincidence, Professor Levin says, that hate crimes receded for multiple days after Mr. Trump tweeted last March that Asian Americans aren’t to blame for the virus and that protecting them is “very important.”

In a speech Thursday marking a year of the pandemic, President Joe Biden used his podium to call fresh attention to the issue, saying of hate crimes against Asian Americans, “It’s wrong, it’s un-American, and it must stop.”