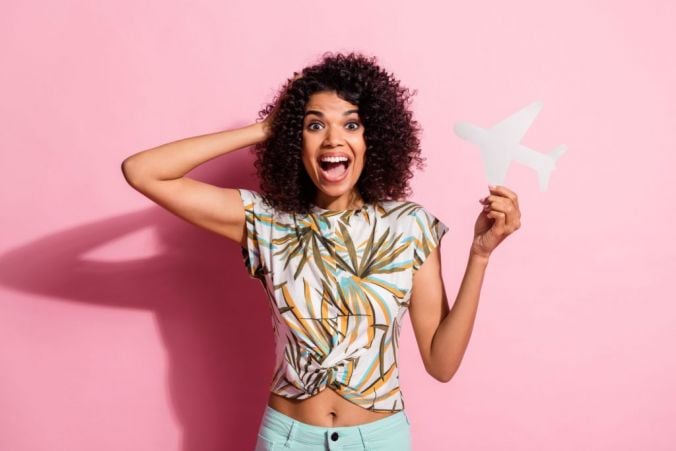 Many people have seen their savings pots wiped out by the impact of the pandemic. At the other end of the spectrum, some have built up extra amounts of cash that’s now just sitting in their account – when that money could be working harder.

So whether you’re trying to repair the damage to your nest egg, you don’t have a savings pot at all, or you’ve got some extra cash put aside that could be put to better use, we asked Tom Riley, Nationwide Building Society’s director of banking and savings, for some top tips on being a savvier saver…

By making sure you’re on the best deals and cancelling unused subscriptions, you’ll free up more cash for savings. Riley says that by reviewing your outgoings, “you’ve given yourself the best chance to be able to save something”.

What do you know about green energy? 💚 In the past opting for renewable tariffs was more expensive, but things have changed, meaning you can still make huge savings on your bills.

Here are our five need-to-knows, plus how to find a cheap green tariff 💡https://t.co/KozFt7Tjr1 pic.twitter.com/n7XsP34smi

Even if you only have small amounts to save each month, get in the habit anyway, and your pot could quickly grow.

Riley says: “It really is the principle that anything’s better than nothing. Just keep the habit going, that’s the important thing.”

Younger adults are particularly keen to build a savings pot right now, figures suggest. The majority of account openings for Nationwide’s Start to Save account, which is aimed at those who want to start or grow a savings habit, are being made by 18-39-year-olds, according to the Society’s data.

3. Pay yourself first on the day you get paid

Riley explains: “One of the main tips for people who are just starting out with saving, is to try to get into the habit of saving on the day that you’re paid.

“Generally speaking, if you’re not in the savings habit, you’ll find that even if you’re fairly disciplined, you’ll end up spending down to zero by the end of the month.” So plan what you’re going to save and get it put aside quickly.

4. Don’t give up if you have to dip into your savings

“You may have an ‘off month’ with your savings, or you may have to dip into your savings. But at least you’ve got some savings there to dip into,” says Riley. “And it’s about not getting discouraged if you do have a tricky month.”

5. Don’t think you can never dip into savings

Your savings could help you avoid paying to borrow money to cover a sudden big expense, such as an unexpected bill or a holiday. Nationwide found that for three-in-10 (29%) people, a holiday will be their top priority, as pandemic restrictions ease.

Riley says: “It actually helps you to build that short-term financial resilience and be in a better place to deal with those unfortunate shocks when they come.”

6. Don’t leave too much cash in current accounts, where it may earn little or no interest

“It is worth trying to set up a savings account,” says Riley. “Then it becomes a conscious decision, rather than it perhaps being a subconscious thing where further down the line, you realise your current account balance has gone up and then gradually gone back down, and you don’t really know how you’ve arrived in that situation.

“Secondly, you can then earn a return on it. And although interest rates are low by historical standards at the moment, that money can still be working for you while it’s sat in that pot.”

Riley says: “Some people like to have a few different pots. So they might have a long-term pot, they might have one that’s saving up money they want to spend. But they are just separated a little bit from everyday spending.

“And then you can get as into it as you want to, in terms of looking for the best rates, or perhaps even looking at investments. It’s up to you. But the key thing is having that little bit of separation.”

8. Consider using some savings to pay off debts

“As always with these things, it depends on individual circumstances. You might have an early repayment charge on your mortgage, for example,” says Riley.

But for those with expensive debts, it could potentially make sense to use savings towards paying loans off. People will need to weigh up their own situations to work out what is best for them.

9. Use tech to help you save

Lots of apps have tools to help people top up their savings. “A lot of these tools will take very small amounts of money and put it into savings as you go through the month,” says Riley. “So it’s a good way of saving relatively painlessly, and it just helps to top up that pot that you’re trying to build.”

The delicate art of pimentón