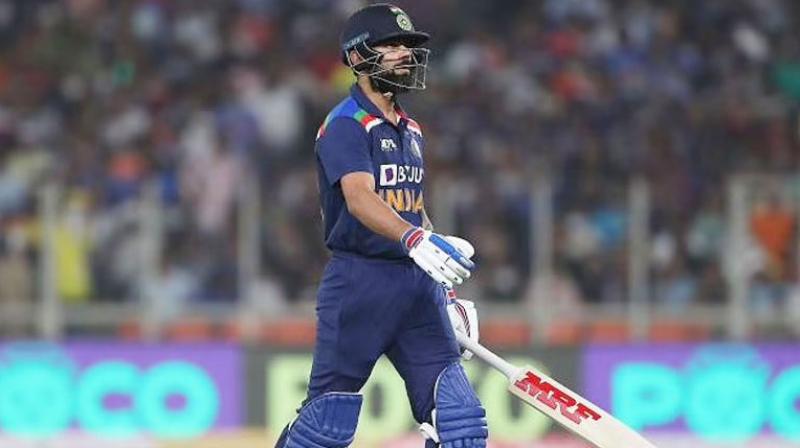 The Uttarakhand Police took a jibe at Team India skipper Virat Kohli as part of their campaign to raise awareness about driving two-wheelers. However, swift backlash from irate fans quickly forced the cops to backtrack.

On Friday’s T-20 match against England at the Narendra Modi Stadium at Ahmedabad, Kohli, while attempting to up the scoring rate, got out for a ‘duck’.

Picking up on that, Uttarakhand Police used their official Twitter handle to put out a tweet in Hindi which, loosely translated into English as, “A helmet is not enough! You need to drive with full consciousness, or else you can get out on zero, just like Kohli!”

Kohli’s fans immediately came to his defence and criticised the police force. Many described the tweet as “uncalled for”. Some pointed out that it was disgraceful that the police had stooped low as to troll a man who holds several records in the game. Faced with severe criticism, the Uttarakhand Police subsequently deleted the tweet.

Shankar Singh Rajput @Shankar_2107 | Sorry, But this is not a good post from a verified Govt organization handle to troll the Player of such a highest calibre. Over that, he is a Captain of Indian National Cricket Team. No offence on the message conveyed, but this tweet is a disgrace!

Dattu Sharma @ImDatta0 | This is utter disgrace. I've no words.