Who of you, dear readers, has not dreamed of a freebie? To have electricity in the house, it could be used, and receipts did not come. For this, some of our comrades keep up with the times, use solar panels and wind turbines. But the trouble is, the cloudy weather, the complete calm. And yet, all these bells and whistles are installed and used. This is especially popular in those places where there was no electricity: – a hunting lodge or an apiary.
In addition to the above options, there is one more hydroelectric power station. Rivers, streams, streams, dams, in general, everything that carries energy and can be converted into electricity. The generated current, in contrast to the sun and wind, is stable and round the clock. The designs can be very different, the water presses on the blades, they spin up the generators, you are charging the batteries. If the water pressure is decent, 380V is removed immediately.
Mini power plants, which are now popular, are capable of fully or partially providing energy to small farms, recreation and fishing places, or private farmsteads. It is possible to make home-made generators, but in comparison with industrial ones, they lose. And you can also use an electric motor as a generator.
The first option, consideration, is a mobile hydroelectric power station that can be used on dams. This is when the stream was blocked off and possibly buried. You couldn't think of a better place. Platinum raised the water by several meters and created a drop.
For this option, the author took plumbing pipes of 110 diameter, two turns, a plug and a tee. A wheel from an electric scooter was taken as a generator. It can be replaced with another electric motor, a generator from a motorcycle, in short, anything that is lying underfoot. To transfer the water energy to the generator, from the old burned-out vacuum cleaner, I removed the blade and installed it on the shaft.

The master brought the shaft with the fixed blades into the tee, and brought the generator out through the oil seal, fastening it with bolts through wooden blocks. 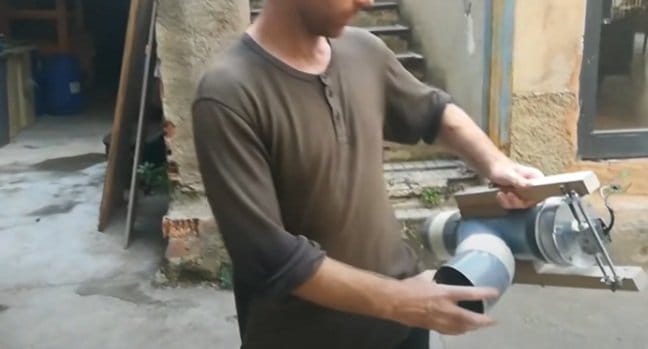 The design is collapsible and lightweight … But the most important is the budget. Together with the assistant, the foreman went down to the dam. The assembly was done on site. Having connected the pipeline, the connections were reinforced with tape so that the weight of the water would not destroy the structure. 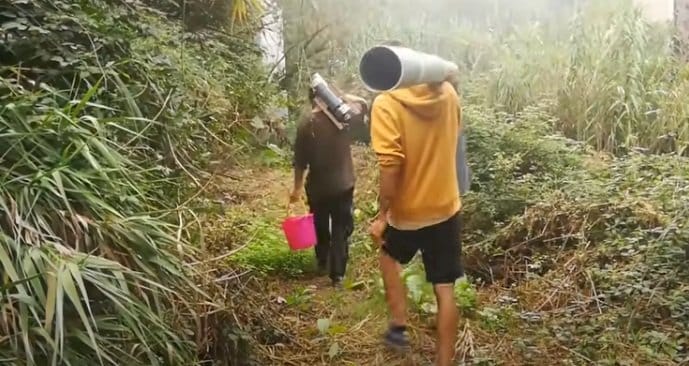 Usually the generator is installed at the end pipes where the pressure is greatest. But in this case, it would be wiser to place it in the middle. It has blades in the form of a propeller and the free flowing movement of the liquid spins it up perfectly.
To start a hydroelectric power station, you just need to fill the outlet riser with water. The assistant at this moment performs the role of a shut-off valve.
As soon as the water has filled the pipe, it is quickly closed with a plug, and the assistant opens the vent. Water, under its own weight, rushing down, sucks in water from the main pool. The created flow spins the generator, which produces electric current.
Measurements showed a voltage of 55V, a current of 10A. Approximately 500W per hour, 12000W per day. 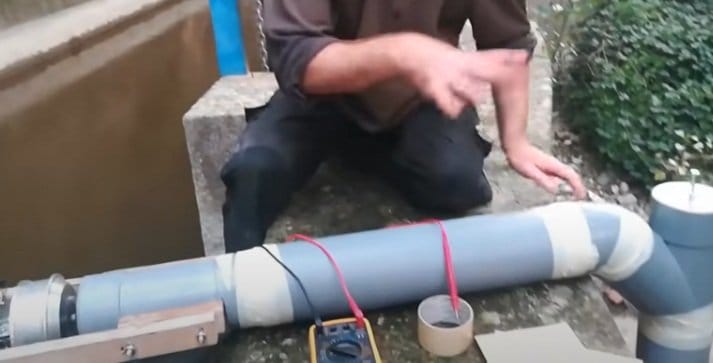 Another author realized his project with a stream. He assembled a mini hydroelectric power plant of a rotary type. This is when water is supplied through a nozzle under pressure to the rotor blades from two or three sides. He took on this project because the height difference was more than 10m. The main thing was to find a place of natural narrowing on this small stream. Here the author went a little deeper and put a pipe at 200 on the bottom, rolling it with stones, and a small dam was created. I installed a metal grate in front of the entrance to the pipe. The pipe runs along the bottom of the stream, and to gain a drop of ten meters, its length is 220m.

The author looked closely at this stream for two years and when he started the project, he knew that it does not freeze in winter. Water passing the distance from the beginning to the turbine due to friction and turns has lost one fifth of its power.
The assembly of the rotary generator went like this. A disk is put on the shaft on which special cups are fixed. The generator produces 49V 15A. 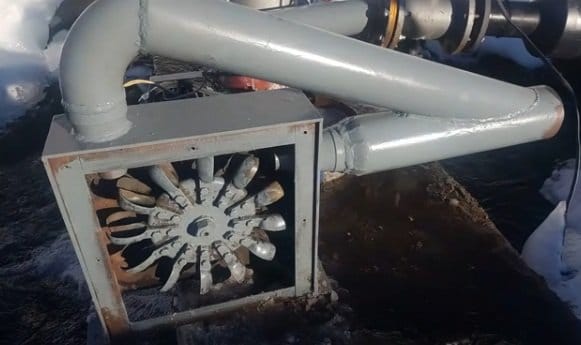 And here's another author , which was collected from the garbage by the rotary hydroelectric power station, from the burnt out fan. Having disassembled the product, the master found burnt windings and removed them. I cut a strip out of a metal sheet and made a ring over the existing body.

I inserted an anchor inside the ring and marked the poles, according to which I pasted the magnets. That's it, the generator is ready. It remains to collect and check how good it is. Hand tests showed the generation of current, but the author kept silent about the current strength. 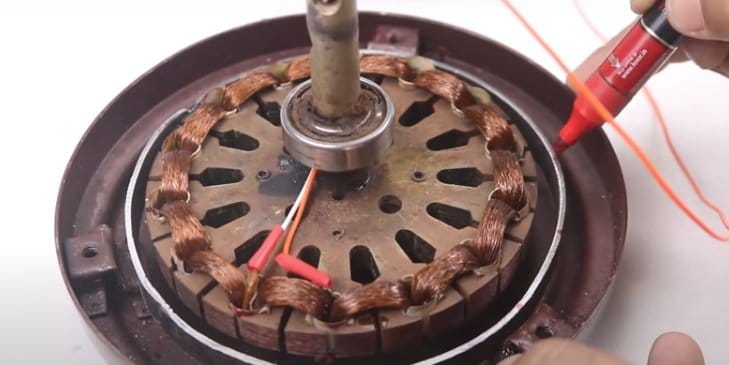 From the same metal that made the ring, the author made the turbine blades, cut out the strips, bent and welded to the metal disc. Then the disc was welded to the rotating part of the former fan and painted. 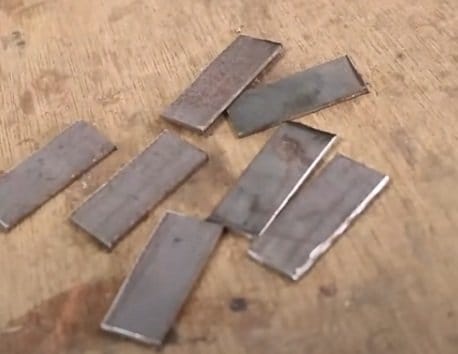 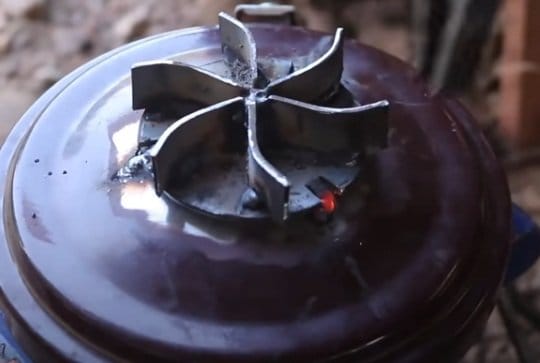 The case remains behind the bed, nozzles for water supply will be fixed on it.
Here is a mini rotary hydroelectric power station in action, even the lamp was lit, perhaps only -)))

Which conclusion suggests itself. Mini hydroelectric power plants have a perspective in our society, they attract with their stability in the generation of electricity. If the conditions allow it to be used, it should be implemented. In the end, so that there is no tension with the authorities and thieves, you can make submersible hydroelectric power plants, which will be at the bottom of the river and which only you yourself will know about.
Source: