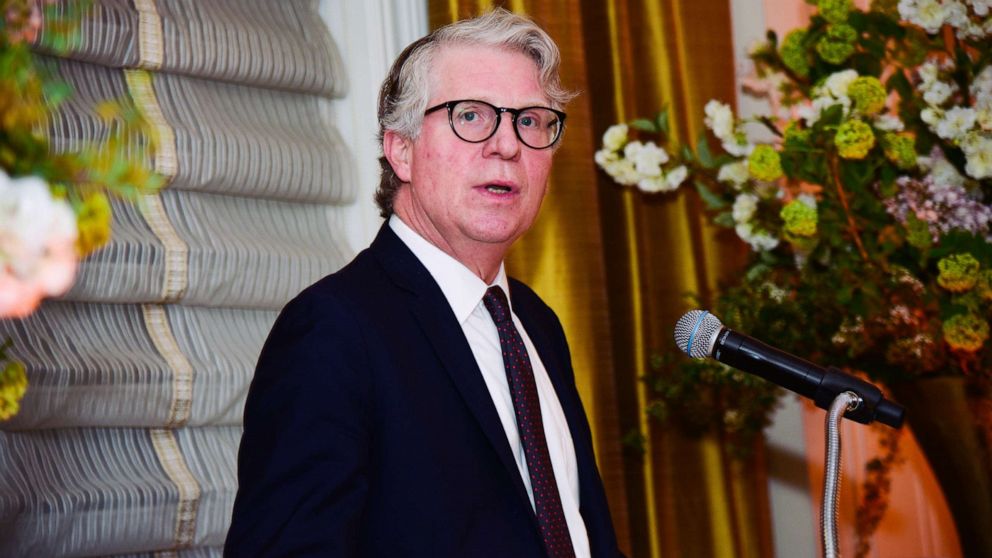 Cy Vance announced Friday he would not seek another term as Manhattan District Attorney, a position he used to prosecute Harvey Weinstein and investigate former President Donald Trump.

Vance is departing this December after more than a decade atop one of the most prominent and powerful prosecutors’ offices in the country. It is expected he will either charge a crime or close the investigation of Trump before he leaves office.

The Manhattan DA’s office is investigating possible bank, insurance and tax fraud over the way the former president’s namesake business valued properties in New York City and beyond.

“Representing the People of New York during this pivotal era for our city and our justice system has been the privilege of a lifetime,” Vance said in a statement Friday. “When I ran for this job in 2009, I said that a District Attorney’s responsibilities should extend beyond obtaining convictions in court, and that a 21st century prosecutor’s mandate is to move our justice system and our community forward.”

In a letter to staff informing them of his decision, Vance pointed to the conviction of Pedro Hernandez in the disappearance of Etan Patz as a crowning achievement.

“Because of this office’s unmatched talents and relentless pursuit of justice, we were able to solve one of the city’s most infamous and formative unsolved crimes: the murder of a 6-year-old boy who left to catch the school bus on the Friday before Memorial Day in 1979, and was never seen again. For Etan and for his family, this office never gave up,” Vance wrote.

He successfully investigated nearly a dozen big banks and used the proceeds to help survivors of sex trafficking, establish youth basketball clinics and eliminate the backlog of untested rape kits. His successful prosecution of Harvey Weinstein sent the disgraced film producer to prison for 23 years for sexual assault.

“As far as I am concerned, Mr. Vance handled himself very well from his first day in office and he leaves the Manhattan District Attorney’s Office with his head held high and a lot to be proud of,” said noted criminal defense attorney Benjamin Brafman, who represented Weinstein for a time.

“While I did not always agree with all of his decisions while in that job, I always respected his personal integrity and his guts in one of the hardest jobs in the law enforcement community,” Brafman said

It is the as-yet-unfinished investigation of Trump that may cement Vance’s legacy.

“I would expect he is working hard towards the goal of making a charging decision before he leaves,” said Daniel R. Alonso, a partner at Buckley LLP, who served as Vance’s chief assistant district attorney from 2010-2014.

“The stakes are a little bit higher because as a country we’ve never criminally charged a former president federally or locally so I think he’s going to be very careful.”

Who helms the case, should it go forward after Vance’s term ends in December, will be up to the voters. At least eight Democrats are vying for the job.

The investigation began in 2018 when Vance’s office began looking into hush money paid to Stormy Daniels. It expanded to include a broad look at whether the former president’s namesake company valued its holdings one way to pursue loans and another way when it came time to pay taxes.

It took nearly two years, and two Supreme Court arguments, to enforce a subpoena for Trump’s tax returns. Trump v. Vance established that presidents are not immune from criminal process.