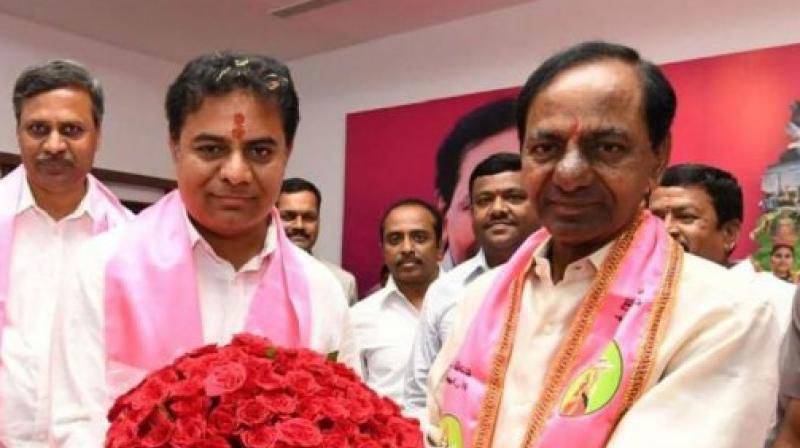 Although the MLC elections turned out to be a fight of TRS versus the rest, pollsters see a clear edge for the ruling party  after Chief Minister K. Chandrashekar Rao decided to directly strategize for the polls for the first time.

TRS leaders and cadre believe Chandrashekar Rao’s strategy in garnering the support of government employees and graduates boosted the party's winning chances. As the election-day approached, these segments have openly announced they would rally behind the TRS.

Although the TRS swept all the elections since the formation of Telangana state in 2014, it suffered setbacks in the MLC polls.

In the past, TRS could win MLC seats only on the basis of the
strength of its MLAs in the assembly as well its strength in
the local bodies. It could not register wins in MLC polls in which graduates, employees and teachers only vote.

TRS did not even field candidates for the MLC polls in March 2019 and extended support to others. The results showed that these TRS-supported candidates lost.

Though Chandrashekar Rao announced much earlier that sitting MLA Palla Rajeshwar Reddy would be TRS candidate for Warangal-Khammam-Nalgonda MLC seat, he kept the name of
Hyderabad-Rangareddy-Mahbubnagar MLC candidate pending till two days before the filing of nominations. This triggered speculations whether the TRS would contest this seat at all.

However, from this stage, TRS emerged stronger in MLC polls. The Chief Minister stepped in with his shrewd political strategies and working president KT Rama Rao executed these strategies effectively at the ground level with active involvement of ministers, TRS leaders and cadre.

The situation turned in favour of TRS after the CM succeeded in bringing various employees and students unions to the party's fold with assurances on 29 per cent PRC fitment, a three-year retirement age hike and filling of 50,000 government job vacancies soon after the MLC polls.

Chandrashekar Rao’s strategy to support the anti-privatization agitation linked to the Vizag Steel Plant was well-received by the Seemandhra voters in Hyderabad and Rangareddy districts who are emotionally attached to the VSP.