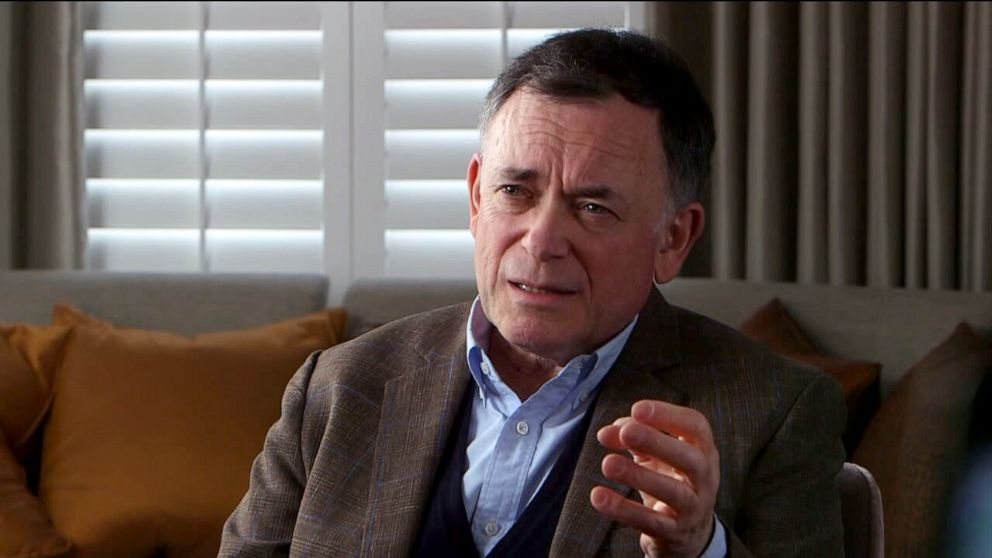 The brother of Ghislaine Maxwell, the alleged co-conspirator of deceased sex offender Jeffrey Epstein, said his sister is being subjected to what he claims is “monstrous” treatment in a federal detention center where she awaits trial on charges of aiding Epstein’s abuse of underage girls.

“It’s a really ghastly experience. She’s lost 20 pounds, she’s losing her hair, she can’t concentrate,” Ian Maxwell, 64, told “Good Morning America” in an exclusive television interview. “She has a flashlight shone in her cell every 15 minutes during the night. So, she has no sleep of any real quality,” he said.

Ian Maxwell’s comments come as his youngest sister awaits a federal judge’s decision on her third attempt to be granted bail ahead of her July trial.

The previous two attempts were rejected after the court deemed Ghislaine Maxwell, 59, a flight risk because of the seriousness of the charges, her substantial wealth and international ties.

Her latest proposal for pre-trial release, which prosecutors and the alleged victims oppose, includes an offer to place her assets of more than $20 million under the control of a monitor and to renounce her citizenship in France, where she was born, and in England, where she was raised.

“Ghislaine is an American,” her brother said. “She’s never been a flight risk. In the year or so between when Epstein died and when she was arrested, she was in the United States all the time. She was not running away from law enforcement.”

Upon Epstein’s arrest in July 2019, prosecutors vowed to continue investigating his alleged co-conspirators. After his death in prison a month later, the attention of the authorities, alleged victims and the media quickly focused on Ghislaine Maxwell, who was once a fixture on the social scene in New York with a rolodex of the rich, powerful, and politically connected. She has also faced civil lawsuits, both before and after Epstein’s arrest, from alleged victims of Epstein who accused her of facilitating their abuse — allegations she has long denied.

She retreated from public life after Epstein’s death, in an effort, her brother said, to protect her family from what he called a “lynch mob” mentality in the media.

“The real problem is that the media frenzy about her, which had shifted from Epstein onto her, drove her absolutely mad,” he said. “She’s married, has a husband. And she has two stepchildren. And she couldn’t allow the terrible frenzy of the media to be brought down on their heads.”

Ghislaine Maxwell was arrested last July in an FBI raid of a secluded New Hampshire estate where she had been living for several months. An FBI agent said at a news conference announcing her arrest that the government had been “discreetly keeping tabs” on her whereabouts throughout their year-long investigation.

Ghislaine Maxwell is charged with facilitating and, in some cases, participating in Epstein’s alleged sexual crimes against three unnamed minor girls in the mid-1990s.

Authorities allege that she groomed the victims, befriended them and put them at ease, knowing that Epstein intended to sexually abuse them.

She has pleaded not guilty to all the charges, which also include two counts of perjury.

At her initial court hearing last July, one of the three accusers, Annie Farmer, now 41, spoke publicly via video conference and implored the judge to keep Ghislaine Maxwell detained until trial.

“She has never shown any remorse for her heinous crimes, for the devastating, lasting effects her actions caused. Instead, she has lied under oath and tormented her survivors,” Farmer said.

Since Ghislaine Maxwell’s arrest last summer, her family has maintained a public silence.

Her attorneys have also consistently declined to address questions from reporters, confining the defense of their client to their submissions in court. They recently filed 12 separate pre-trial motions, seeking to suppress certain evidence, dismiss some charges or to toss out the entire case.

But with her bail application pending, and her trial just four months away, her siblings decided it was time to come forward. They’ve also hired a family attorney, David Oscar Markus, and started a Twitter account dubbed “@GMaxFacts.”

“What’s going on here is what I’ve referred to as the Epstein effect. She’s being held because of her association with Epstein from all those years ago, which is absurd. You can’t hold someone in detention based on guilt by association,” said Markus, a criminal defense lawyer from Miami.

Ian Maxwell’s TV interview with “GMA” is his first, he said, in 30 years.

“I’m not minimizing the seriousness of the allegations, but my sister’s fighting for her life, and that’s pretty serious too,” he said. “Ghislaine wants to confront the accusers head-on and deal with this and get on with her life. She is as convinced as she can be that she will be exonerated. We as a family are behind her, solidly behind her.”

Ian Maxwell said he knew little of his sister’s life in New York, where she moved in 1991, after the death of the Maxwell family patriarch, British press baron Robert Maxwell. He said he was aware of Ghislaine’s friendship with Epstein but met him only once.

“I have absolutely no memory of Epstein at all,” he said. “I had no knowledge of their life or the life that Ghislaine was leading in any great detail.”

The last time he saw his sister in person, Maxwell said, was at a rare reunion of the seven surviving Maxwell children in London on June 10, 2019, on what would have been their father’s 96th birthday.

“It was just serendipitous that we all happened to be more or less in Europe and we got together and it was a very happy, genuinely happy occasion for all of us,” he said.

Less than a month later, Epstein was arrested at Teterboro Airport in New Jersey, as he returned to the U.S. from his home in Paris.

“Ghislaine is married with the step-children, getting on with her life. We’re all getting on with our lives. And then bang! This extraordinary development out of left field,” Ian Maxwell said.

Echoing the arguments of his sister’s attorneys, Ian Maxwell insisted that the prosecutors only targeted her as a substitute for Epstein after the federal government failed to keep the alleged child sex trafficker alive to face the charges against him in 2019.

“They’re taking it out on my sister. Damn it, that’s wrong,” he said. “She is not Epstein. Epstein was guilty. He did time. And he was gonna do a hell of a lot more time. But she is not him. And I don’t know how many times I have to say it. She’s deserves to be treated as Ghislaine, presumed innocent, get on with the defense, tell us what you’ve gotta tell us, put it up, and then let the jury decide.”

The government contends that “at the heart” of its case against Maxwell “are brave women who are victims of serious crimes that demand justice,” and who “deserve to see [Maxwell] brought to justice at a trial.” Prosecutors allege in court filings that the “recollections of the victims bear striking resemblances that corroborate each other and provide compelling proof of [Maxwell’s] active participation in a disturbing scheme to groom and sexually abuse minor girls.”

U.S. District Court Judge Alison Nathan, who is overseeing Ghislaine Maxwell’s criminal case, could rule on the third bail application at any time. In rejecting the second request in December, Nathan cited Ghislaine Maxwell’s initial “lack of candor” about the identity of her spouse and information about the couple’s assets as among the reasons she would not grant bail.

In opposition to the latest bail proposal, prosecutors argue the court “should hesitate before trusting the defendant to be transparent” about her finances and that she “continues to pose an extreme risk of flight, and the additional bail conditions proposed by the defendant do not justify reversal of the Court’s prior findings that no combination of conditions could ensure her appearance.”

The family’s attorney claimed the government’s arguments are a smokescreen.

“The real reason she’s not being granted bail is not because of any real risk of flight. No one’s afraid she’s going to really run,” Markus said. “The government wants to keep her in custody to torture her, to break her down.”

The government has also disputed defense lawyers’ contentions that Maxwell is being treated punitively as a result of Epstein’s death in custody.

Prosecutors stated in court filings that she has more time than any other detainee in the facility to review documents from her case. The flashlight searches, the government said, are “required to confirm that the defendant is not in distress every fifteen minutes. To do so, staff point a flashlight to the ceiling of the defendant’s cell to illuminate the cell sufficiently to confirm that the defendant is breathing,” prosecutors wrote.