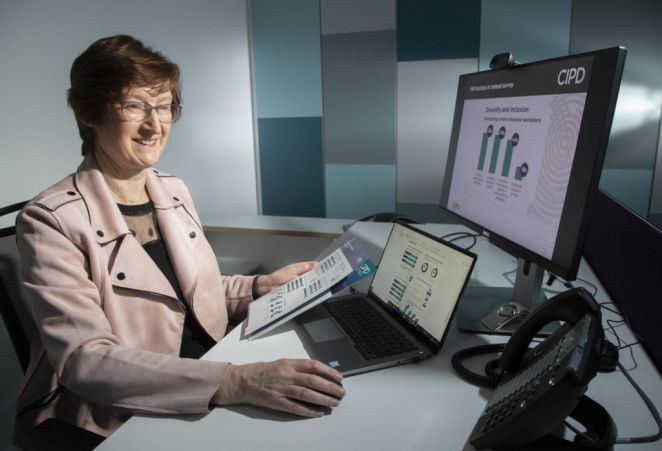 Just over half of businesses in Ireland are planning to adopt remote working on a permanent basis, according to new research.

The research on industry sentiment following a year of Covid-19 restrictions was carried out by CIPD Ireland, a professional body for HR learning and development, in conjunction with the Kemmy Business School at the University of Limerick.

The survey of more than 400 members of the Irish HR sector found 51 per cent of businesses are planning to maintain a model that involves working from home post-pandemic.

Over three quarters (77 per cent) of those surveyed said they intend to adopt a blend of remote and on-site working in the long-term.

Director of CIPD Ireland, Mary Connaughton said: “We firmly believe workers should have the right to request remote working and we look forward to seeing more detail on the Government’s planned legislation in this area.”

Ms Connaughton welcomed the finding that over a third (37 per cent) of businesses reported increased use of mental health programmes.

“Previous data we released showed most employers (71 per cent) were finding supporting worker well-being the biggest challenge of the remote work environment. It’s really encouraging to see the increased use of programmes promoting mental health and we encourage businesses to maintain that focus in the long-term,” she said.

Nearly three-quarters of survey respondents also reported that productivity either increased or remained steady once remote working became the norm.

Ms Connaughton said the findings reflected what her team had heard from CIPD Ireland members since March of 2020.

“The levels of resourcefulness and agility displayed by Irish business and workers since this time last year could never have been anticipated. The determination to protect jobs and businesses has been truly inspirational and it’s worth reflecting on at this stage,” she said.

“As we emerge from what we hope has been the worst phase of the pandemic, we see the potential for creating a long-term working environment designed to find an effective balance between well-being and productivity, to the benefit of workers and enterprise.”