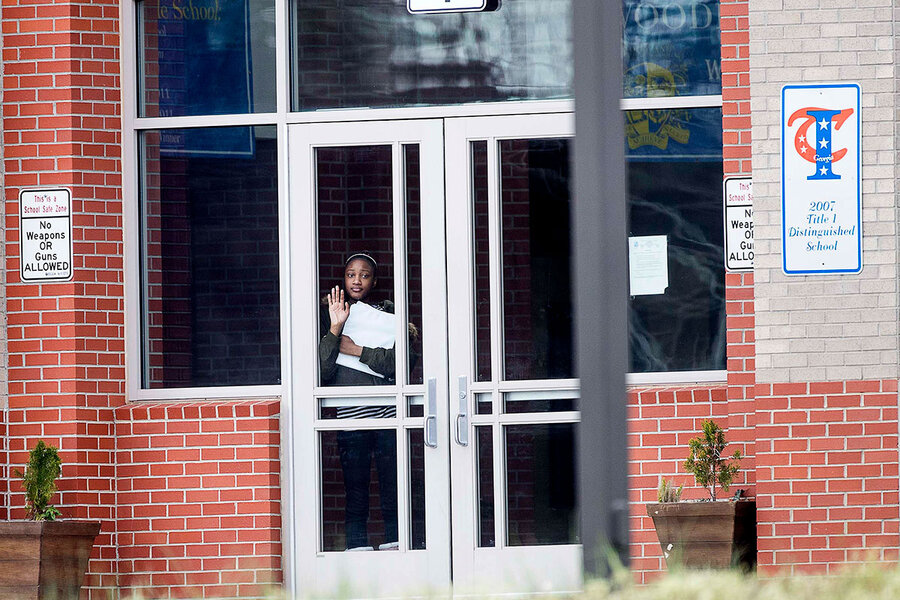 Since the pandemic began, scores of students have not shown up to class. Last fall, public K-12 enrollment dropped by 2% on average nationally compared with the year before.

If missing students never return, “the system is going to have to figure out how to adjust on lower dollars.”

Because student head counts are a factor in public school funding, a K-12 enrollment drop nationwide is an early warning signal of potential budget crises to come. Federal and state efforts to assist are already underway.

Why does enrollment matter for school budgets?

Public K-12 schools receive a combination of funds that differs by district. The federal government chips in the smallest share of overall revenue nationally – about 8% in fiscal year 2018.

State revenue makes up the biggest share (47%), followed closely by local revenue (45%), which is largely drawn from property taxes. But again, it varies: Before the pandemic, local dollars accounted for two-thirds of district funding in Illinois.

At the state level, “foundation formulas’’ are common. They generally guarantee districts a baseline amount, but adjust funds based on shares of certain students in the district, like low-income or special education.

Where did the missing students go?

Reasons vary. Reduced kindergarten enrollment drove nearly a third of the 2% nationwide drop. Some parents held back kids old enough to start kindergarten, but young enough to wait. Others turned to private, charter, or home schooling options as public schools maneuvered controversial reopenings and setbacks. And up to 3 million marginalized students may not have had any formal education since March 2020, one nonprofit estimates.

What if missing students don’t return?

To shield districts from losing money due to lower enrollment, several states are adjusting funding formulas in the short term. But if low enrollment lasts, it could force districts to downsize.

Labor, the biggest district expense, is tough to cut when class size only shrinks slightly.

Schools have additional fixed costs that would exist regardless of COVID-19 reductions, says R. Craig Wood, professor of educational administration at the University of Florida. Utilities, transportation, and bond obligations, for example, don’t disappear even as enrollment dips.

Several states are expanding stopgaps that anticipate higher enrollment. North Carolina, for instance, adopted a “hold harmless” provision in September to fund districts based on 2019-20 counts. Texas announced in March it would hold districts harmless for the rest of the school year if they kept or expanded in-person instruction.

The first round of relief last March was largely spent on remote learning. The second approved in December is flexible but likely to address learning loss – and is still en route to districts, says Dr. Roza.

The latest relief bill (on average $2,520 per student) aims to support school reopenings and help students catch up. A sliver goes to state education agencies, but the bill prohibits states from using the new federal funds “as an excuse to cut state education spending” in their next two fiscal budgets, reports the news site 74 Million. The education secretary, however, can waive that requirement.

Reopening has impacted district budget health, according to Dr. Roza’s research. Mostly remote districts generally have surpluses, which could pad budgets next year. But districts operating mostly in person are more likely overspending and counting on extra relief. Expenses like substitute teachers and nurses this school year made reopening costly.

The largest Arizona district, operating mostly in person, is bracing for a potential fiscal cliff in a couple years when its $110 million stimulus dries up. Since last spring, Mesa Public Schools has lost at least 4,200 students – a 7% enrollment decline. Though federal relief helped spare layoffs for now, and more money is likely on the way, the district must reduce expenses in line with its new size, says Assistant Superintendent Scott Thompson.

Major budget cuts don’t make sense, he says, “at the same time that we need to do more for kids than we’ve ever needed to do before.”