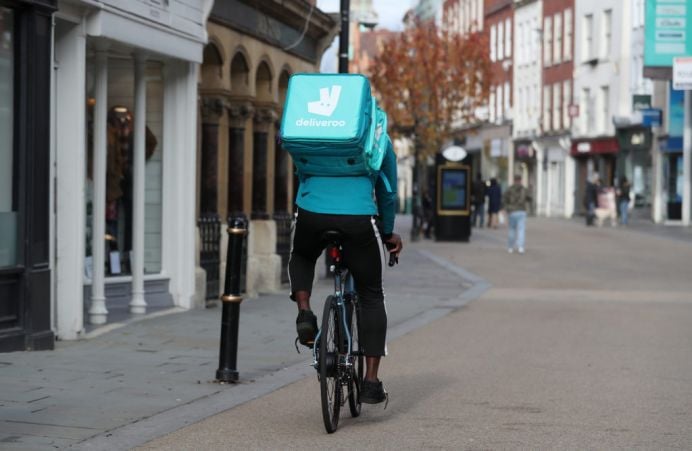 Deliveroo has said it plans to raise £1 billion (€1.2 billion) from its impending listing on the London Stock Exchange.

The takeaway delivery business confirmed its fundraising target for the first time as it moves closer to its initial public offering (IPO) which is expected to value to company at more than £5 billion.

Deliveroo announced its intention to float earlier this month, although its formal valuation will not be clear until it sets the price at which it will sell shares.

On Monday, the company confirmed that the float would mean selling newly issued and existing shares from some of its current investors in the stock market.

The proposed IPO will have a dual-class structure which will grant founder Will Shu with 20 votes per share, compared with one per share for normal investors when shareholder votes are held.

The float was announced just days after the UK government committed to changing the current London rules in the favour of founders.

Listing documents have revealed that Mr Shu, who is the group’s chief executive, owns a 6.2 per cent stake in the business, worth more than £300 million.

The documents accompanying its float plans also highlighted that it set aside more than £112 million to cover potential legal costs relating to the employment status of its riders.

Deliveroo works with 100,000 delivery riders across the world, who it argues are self-employed contractors rather than employees who would receive benefits such as holiday pay.

Earlier this month, the firm also revealed that it posted losses of £223.7 million in 2020, despite surging sales amid lockdown restrictions.

The company said it saw transactions rocket by 64 per cent to £4.1 billion in 2020 as the pandemic helped to spark increased takeaway demand.

It said that more than six million people order through the 115,000 restaurants, cafes and stores on its platform each month.