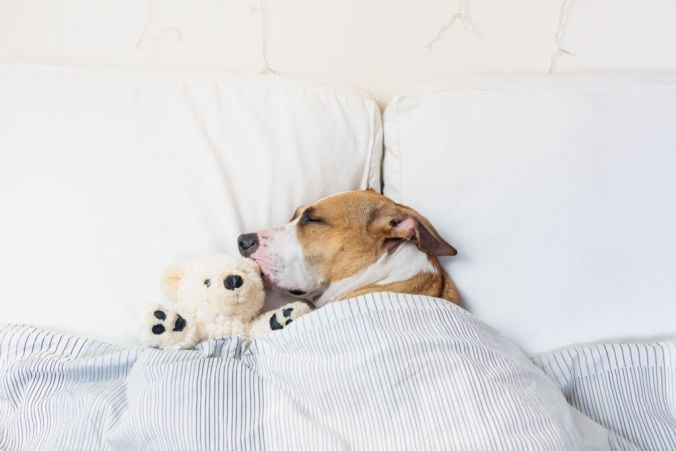 For many of us, the thought of a lovely long weekend lie-in is what helps us get through the working week. So, new research which shows having lie-ins could make you feel down is, well… a bit depressing.

The University of Michigan study found not sticking to regular sleeping and waking times – so having morning lie-ins or staying up late – means you’re more likely to become depressed, and study leader Srijan Sen says the findings “highlight sleep consistency as an underappreciated factor to target in depression and wellness.”

But just because research shows something’s bad for you doesn’t mean you’re not going to do it, and for many of us, there’s no way the possibility of extra grumpiness would make us forego those extra hours of being a total sloth on a Sunday morning.

And it seems even some experts agree you don’t really need to give up your lie-ins.

While Lisa Artis, deputy CEO of The Sleep Charity, points out that going to bed and getting up at roughly the same time, all the time, helps programme us to sleep better, and sleeping in can upset your routine and is why we often feel out of sorts on a Monday morning, she adds: ”There’s no harm in the occasional lie-in – the overall experience of staying in bed longer contributes to our health and wellbeing. It serves as a restorative function both physiologically and mentally.

“Everyone lies in at the weekend –  it does help balance out sleep debt, but it’s worth noting that catching up on sleep doesn’t fix all the deficits caused by sleep loss.”

But even if a lie-in won’t fully refresh us, let’s face it, we’re not likely to give them up. Here are some of the reasons why…

1. You really look forward to them

You’ve got up early every morning for work or to get the kids ready for school, or both, and weekends are the one time when you don’t have to set the alarm and you can let your exhausted brain and body stay snug under the duvet for as long as you like. Why on earth would you stop doing that?

2. Sleep is really important (whenever you get it)

Sleep is good for our health and wellbeing, and sleep deprivation can have a serious impact on our emotional, physical and mental health. So, if during the week, you have to get up early for work, the school run or anything else, and can’t get to bed ’til late because you’re so busy,  then it’s surely vital you get as much sleep as possible whenever you can. And if that has to be on a weekend morning, great – get it when you can!

“There really is a mental health risk if sleep is compromised, so we need to take sleep seriously,” stresses Colin Espie, a professor of sleep medicine at Oxford University.

He says getting enough sleep, and keeping it to a regular night-to-night pattern, should be prioritised, but adds: “Sleeping longer on weekends than weekdays is common – we call it ‘social jet lag’. A lie-in is fine when it’s a ‘nice to have’. However, if it becomes a ‘need to have’ because we’re sleep deprived during the week, that’s a concern.

“Imagine the consequences of being malnourished for most of the week. Insufficient sleep is not good for our health.”

3. You can be smug because you’ve done absolutely nothing…

Staying in bed for that extra hour (or for many of us, much longer) means you’re not one of the smug brigade that delight in telling you they’ve been up since 5am, and had thoroughly cleaned the house and been on a 5k run before 8am.

You – on the other hand – are even smugger because you didn’t do all that, as you were warm and snuggly in bed, luxuriating in the peace and not-doing-anythingness.

4. You can stay up late the night before

Remember when we used to be able to go out? Well, that long-forgotten pleasure was even more fun when you knew you could have a lie-in the next morning.

And while none of us are allowed to go out for a night on the razz just yet, hopefully it won’t be long before the partying starts again and lie-ins can feel almost medicinal.

And even now, it can be nice to stay up late binge-watching a box set, knowing you don’t have to worry about getting up in the morning.

Going to bed early is seen as a virtue: you clearly understand the value of sleep and are making sure you get enough of it. But if that’s the case, why is it so bad, or even downright lazy, to enjoy your extra time in bed in the morning instead of the evening? How can extra sleeping time be a good thing at 10pm, but not at 10am? Sleep is sleep, sort of. So just enjoy lazing in bed in the morning, and have sweet dreams about how good it is for you (mostly!).