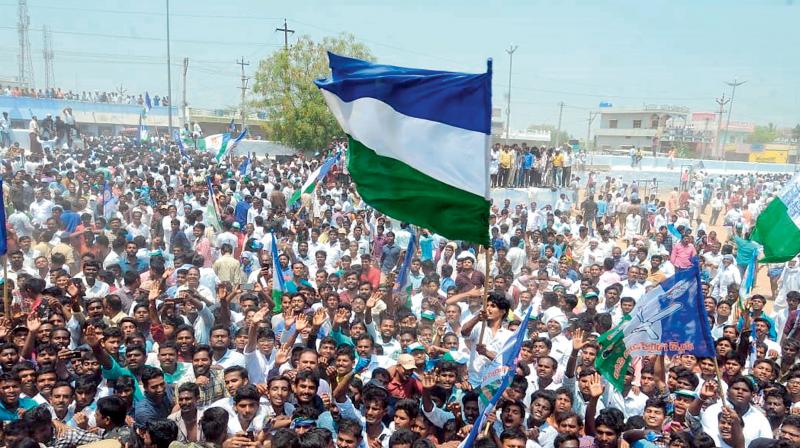 KAKINADA: The ruling YSR Congress made a clean sweep of all 14 civic bodies, including 10 municipalities and 4 nagara panchayats in East and West Godavari districts. It bagged all 30 wards in Tuni Municipality. In Amalapuram Municipality Jana Sena won two wards more than TD with six but did not open its account in seven civic bodies. Bharatiya Janata Party had to rest content with one ward in Kovvuru Municipality.

YSRC secured 218 wards spread mover 10 municipalities in East Godavari whereas TD had to settle for 34 and Jana Sena eight while four went to independents.

Local legislator Dadisetty Raja can take credit for the Tuni sweep, which is a major setback for TD leader Yanamala Ramakrishnudu. YSRC won 15 unanimously and an equal number for which elections were held.

Although former Amalapuram MLA Ayithabathula Ananda Rao had grand plans for Amalapuram Municipality in the hope that TD would win, the party managed only four wards while YSRC won in 19 wards.

In Gollaprolu nagara panchayat, the YSRC secured 18 wards and TD the remaining two. Contrary to the expectations of a close fight in Mandapeta Municipality, the campaigning undertaken by former Ramachandrapuram MLA Thota Trimurthulu, fetched 22 wards to YSRC with TD succeeding only in seven wards with one going to an independent. In Mummidivaram, YSRC won 14 and TD the remaining six.

Of the 31 up for grabs in Samalkot Municipality, YSRC won 29 wards and TD was restricted to two. As many as 16 wards were won by YSRC in Yeleswaram nagara panchayat while the remaining four went in favour of TD.