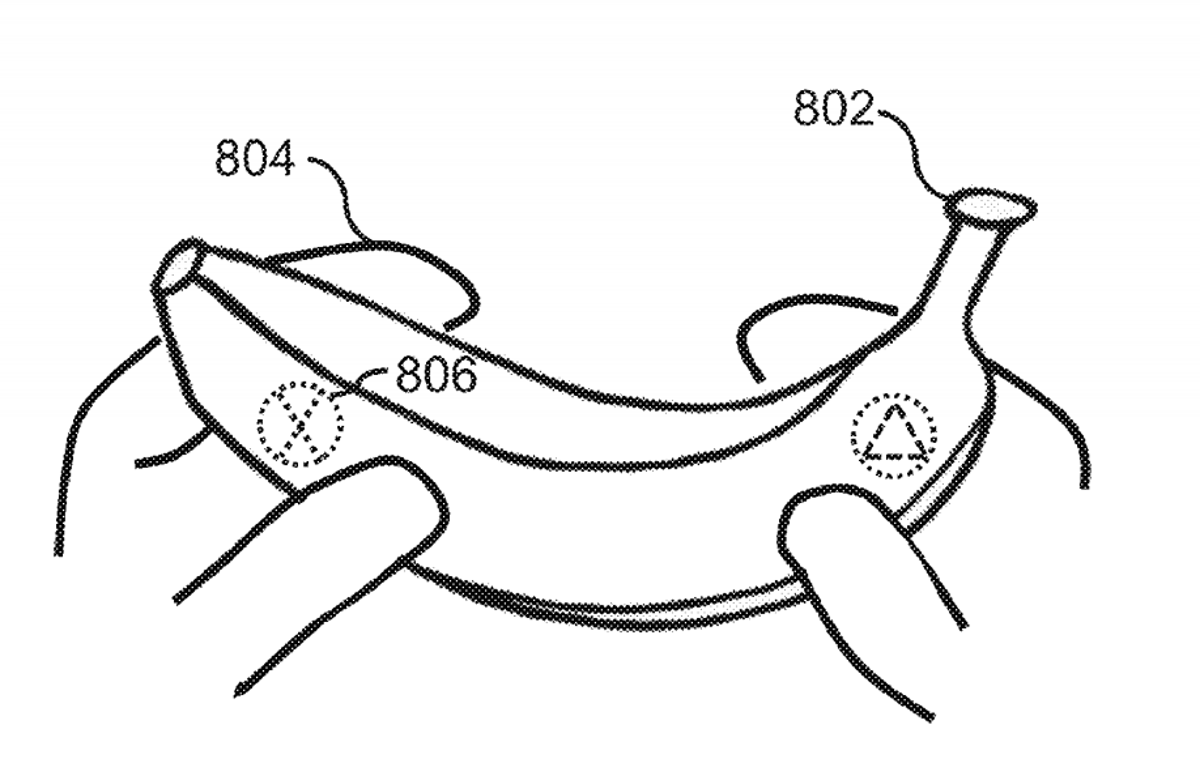 Sony could allow a banana to be used as a PlayStation controller, according to patent filings.

The patent shows plans to let people use fruit – or seemingly any item – as a way to control their console, instead of the traditional controller.

Traditional controllers can be a “barrier to entry” because of their “technical complexity (and therefore cost)”, the designers note in the application.

Most consoles only come with one controller, they note, and that might be the only one a person has access to. Without more peripherals, they might not be able to access the full range of features, such as multiplayer or VR.

“Even if a player is in possession of multiple peripherals, each of these may need to be charged regularly in order to be usable,” they write.

But those problems could be overcome with a banana, they show. The designers also use the example of an orange.

They suggest in fact that it would generally be helpful if players could use “an inexpensive, simple and non-electronic device as a video game peripheral”.

The banana would presumably work something like the PlayStation Move controllers that are currently available, and used for tracking players’ movements. Their glowing lights are watched by a camera plugged into the PlayStation, which can then use that to control games.

The patent filing suggests a similar filing that would allow the console to watch as a player holds an object, even if it is not luminous. It would be able to tell when people move that object around, allowing it to function as a game controller, the designers suggest.

In a drawing provided as part of the application, a banana is shown with buttons superimposed on top of it, which would presumably be done with the aid of a virtual reality headset.

The filing, first spotted by GamesIndustry.biz, was first submitted last summer. As with any patent, there is nothing to indicate that Sony is working on the system beyond initial designs and filings, and it may never make to any commercially released console.