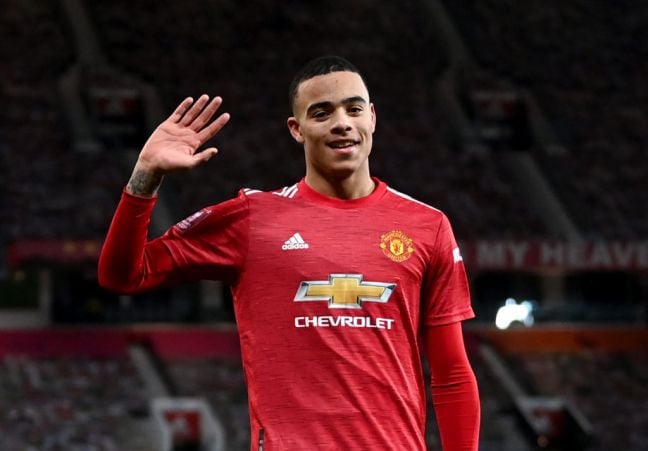 The duo are included for the tournament in Hungary and Slovenia as England look to end a 37-year wait to win the trophy. © PA Wire/PA Images

Mason Greenwood and Callum Hudson-Odoi have been selected for England Under-21s’ Euro 2021 campaign this month.

The duo are included for the tournament in Hungary and Slovenia as England look to end a 37-year wait to win the trophy.

Manchester United’s Greenwood has only scored once in his last 25 games, while Hudson-Odoi has struggled for consistency under new Chelsea boss Thomas Tuchel.

Despite his lack of action at the Gunners, Eddie Nketiah – who top scored in the qualifiers with 13 goals to become the Under-21s’ record scorer – is selected along with Everton duo Ben Godfrey and Tom Davies, while Aaron Ramsdale is expected to be Aidy Boothroyd’s number one.

They open their Group D campaign against Switzerland in Koper on March 25.

Boss Boothroyd said: “I am excited by this group – not just in their ability but also their togetherness and team spirit – and know they will do everything they can to make the country proud.

The first camps of the year for our #ThreeLions and #YoungLions are not too far away!

“I am grateful to Gareth (Southgate) for his support with what we are trying to achieve, and also to the clubs for recognising the importance of these finals.

“We want to win every time we play and will do all we can to reach the knockout stage – but this is also a crucial opportunity for providing valuable experience on and off the pitch that will help the players, their clubs and England in the future.”

England also face Portugal in Ljubljana on March 28th and Croatia in Koper three days later, with the knock-out stages in May and June after the tournament was split up due to the coronavirus pandemic.

Boothroyd is also unable to select Bayern Munich’s Jamal Musiala after the forward chose to play for Germany.

The 18-year-old, who was born in Stuttgart, made two appearances during the Under-21s’ qualifying campaign, scoring on his debut against Albania in November, but pledged his international future to Germany last month.

Leicester’s James Justin misses out after his serious knee injury and there is no place for Norwich’s Todd Cantwell, who has not been in a squad since September.

Boothroyd added: “History tells us that this competition is about as competitive as it gets and we know we will have to be at our best.

“Because we are in the middle of the domestic season, everyone will have to hit the ground running as soon as they come together but we are ready for the challenge. We can’t wait to get started.”