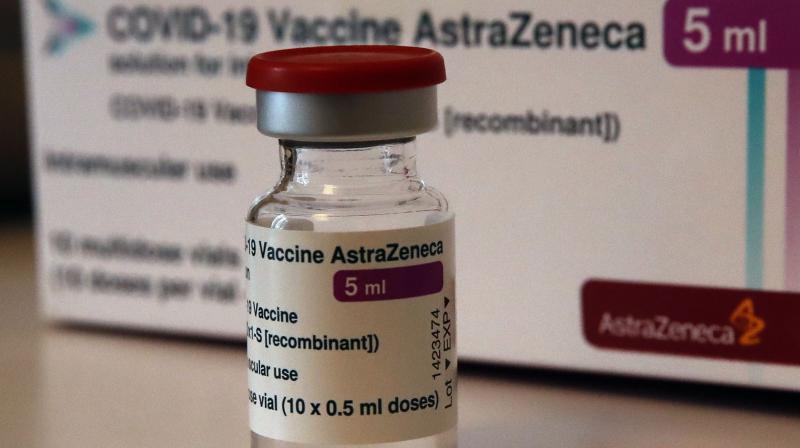 PARIS:  A dozen countries, including France, Italy and Germany, have suspended AstraZeneca's Covid-19 shots because of fears over blood clots and other possible side effects.

Ahead of Tuesday's World Health Organization experts meeting, the company has insisted there is no risk and the WHO has said countries should continue to use the vaccine.

Here is a recap:

Denmark is the first country on March 11 to say it will suspend use of the AstraZeneca vaccine as a precautionary measure over fears of blood clots in vaccinated people.

Iceland and Norway follow the same day, temporarily suspending use.

On Monday, a health worker in Norway dies of a brain haemorrhage after receiving the vaccine, though no direct link to the jab has been established, health authorities say.

It is the second such fatality within a few days in the country.

On Friday, Bulgaria suspends the use of the vaccine as it investigates the death of a woman with several underlying conditions who recently received the jab.

An initial probe had suggested the woman died from heart failure and an autopsy found no link with the vaccination.

Thailand abruptly delays the start of its rollout of the vaccine, stopping Premier Prayut Chan-O-Cha from getting the first jab.

And the Democratic Republic of Congo, also due to start administering the vaccine, postpones its campaign citing "precautionary measures".

Ireland and the Netherlands join the list Sunday, followed by Indonesia and then Germany, Italy, France, Slovenia, Spain and Latvia on Monday.

Announcing its decision, the German health ministry says a closer look is necessary after the reported blood clotting incidents in Europe.

Late Monday, Venezuela's vice-president also said the country would not approve the vaccine for use, citing "complications" those inoculated had experienced.

The first suspension of a batch of the AstraZeneca vaccine is announced by Austria on March 8, following the death of a 49-year-old nurse from "severe bleeding disorders" days after receiving it.

Estonia, Lithuania, Latvia and Luxembourg also suspend the use of doses from the same batch, which has been delivered to 17 countries and included one million vaccines.

Italy's medicines regulator on March 11 also bans the use of a batch as a precaution, triggering a similar decision from Romania.

And on March 14, Italy's northern Piedmont region suspends use of the vaccine after the death of a teacher who had received it the day before, with a national postponement coming a day later.