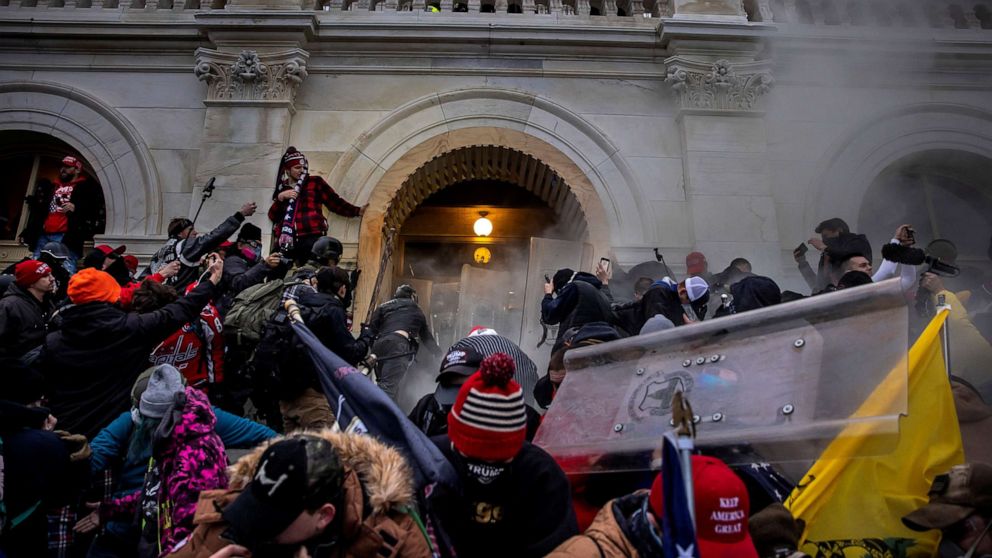 The Justice Department expects to charge at least 100 more still-unidentified individuals connected to the Jan. 6 attack at the U.S. Capitol, federal prosecutors revealed in a court filing Friday.

They also describe the investigation as likely “one of the largest” investigations and prosecutions in U.S. history.

Facing an unprecedented and continuously growing caseload in the U.S. attorney’s office in D.C., prosecutors in the government’s conspiracy case against members of the Oath Keepers militia group outlined the investigation’s scope as they requested a judge delay scheduling a trial in the case for at least 60 more days.

“The investigation and prosecution of the Capitol Attack will likely be one of the largest in American history, both in terms of the number of defendants prosecuted and the nature and volume of the evidence,” the filing states. “Over 300 individuals have been charged in connection with the Capitol Attack. The investigation continues and the government expects that at least one hundred additional individuals will be charged.”

A Justice Department official said earlier this week approximately 316 individuals have been charged but the department has still only unsealed roughly 290 cases as of Friday — meaning multiple cases remain unsealed as agents try and track down individuals to arrest them.

Prosecutors say that at least 900 search warrants have been executed in almost all 50 states and the District of Columbia, investigators have accumulated more than 15,000 hours of surveillance and body-camera footage, their evidence includes roughly 1600 electronic devices, 210,000 tips from the public, 80,000 reports and 93,000 attachments related to law enforcement interviews of suspects and witnesses.

“As the Capitol Attack investigation is still on-going, the number of defendants charged and the volume of potentially discoverable materials will only continue to grow,” the filing states.

As many cases move into the discovery phase, the Justice Department says it is working in consultation with the Federal Public Defender’s office to develop a comprehensive plan for managing all of the evidence that defendants will expect them to produce relevant to government’s prosecutions.