The  has got a “questionable past” overshadowing a potential career in politics, according to a commentator. Speaking to , Spencer Critchley, a former communications consultant for Barack Obama’s campaigns, said Ms Trump’s exploits suggest she could be following in her father’s footsteps soon.

Some of these actions include “ostentatiously virtuous positions on non-controversial topics like motherhood or being kind to each other.”

One of Ms Trump’s most harshly criticised moments during her time as a senior advisor to President Trump was her attendance to the 2019 G20 summit as part of her father’s delegation despite having no official ambassador credentials.

Mr Critchley said: “It seems clear with the hints she’s dropped over the years that she thinks [running for office] is the logical next step.

“But Ivanka is obviously completely unqualified in terms of her experience but also in terms of her character – in many ways she’s similar to her father and she has certainly had some very shady dealings. 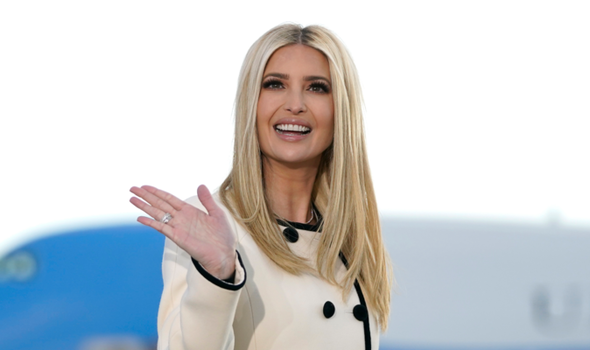 “Ivanka, from the beginning and even before the Trump administration, has been involved in very questionable stuff.”

Ms Trump, who is now based in Florida, has been delivering food parcels to locals alongside Apopka Pastor and former US President Donald Trump’s spiritual adviser, Paula White.

The Lifeboat Project, a charity battling human trafficking, shared a photograph to their Instagram thanking Ms Trump for taking part in the delivery of more than 1,300 food parcels.

She took the food boxes to the organisation’s shelters for human trafficking survivors, according to a source close to Ms Trump.

They said: “Today was a beautiful day to put politics aside at The Lifeboat Project and let faith and truth be our topic of connection.

They also thanked “all levels of government, community leaders, and our partnered agencies that made today happen.”