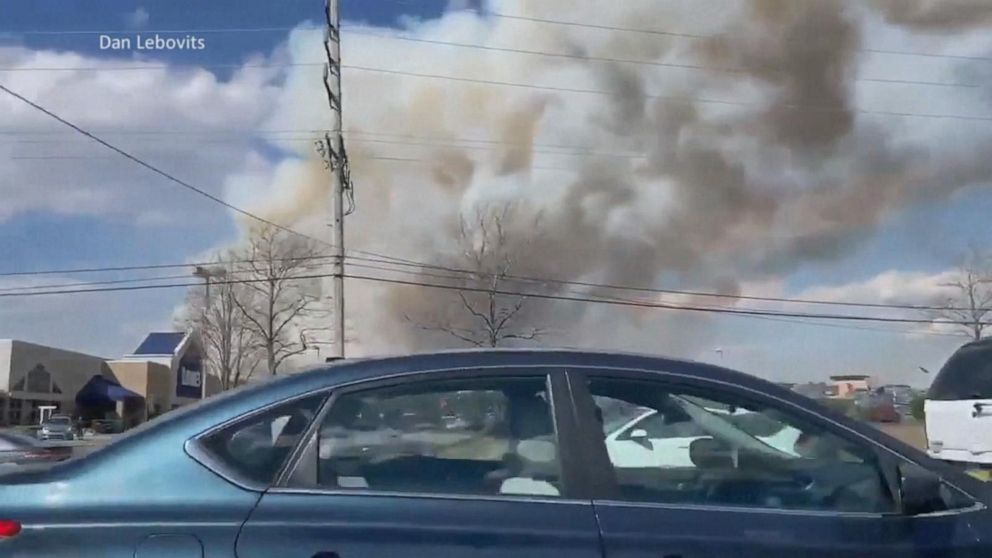 A brush fire that raged through New Jersey forced residents to evacuate after it destroyed or damaged dozens of structures.

The fire began early Sunday afternoon near Airport Road and Cedar Bridge Avenue near Lakewood. By Sunday night, the fire had consumed at least 170 acres but was at least 50% contained, according to the New Jersey Forest Fire Service.

At least 29 homes and buildings were damaged in the fire, ABC Philadelphia station WPVI reported. Two mixed-use professional and commercial structures were destroyed, according to the fire service.

More than 100 people were forced to evacuate, Fire Service spokesman Maris Gabliks told reporters during a news conference. The fire also shut down portions of the Garden State Parkway.

Investigators have discovered the origin of the fire but not the cause, although they ruled out that it sparked from a prescribed, or controlled, fire, according to the New Jersey Forest Fire Service.