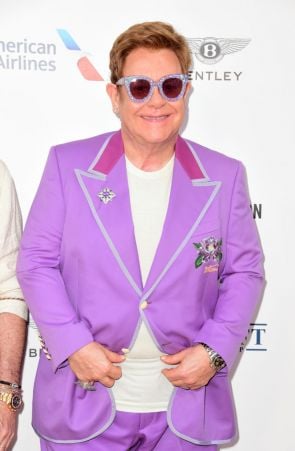 Sir Elton John has accused the Vatican of hypocrisy after it declared the Catholic Church cannot bless same-sex unions.

The Vatican’s orthodoxy office, the Congregation for the Doctrine of the Faith, was responding to a question about whether Catholic clergy can bless gay unions.

Sir Elton, who married David Furnish in 2014, said the Vatican had invested “millions” in his 2019 biopic Rocketman and accused it of hypocrisy.

He wrote on Instagram: “How can the Vatican refuse to bless gay marriages because they ‘are sin’, yet happily make a profit from investing millions in Rocketman – a film which celebrates my finding happiness from my marriage to David?? #hypocrisy.”

The singer, 73, tagged the Catholic Church and Pope Francis, who approved the Vatican’s decree.

According to US outlet The Daily Beast, the Vatican invested in both Rocketman and Men in Black: International.

Rocketman was a critical and commercial success, winning praise for its portrayal of Sir Elton’s homosexuality. It featured a sex scene between actors Taron Egerton and Richard Madden.

In its explanation on same-sex unions, the Congregation for the Doctrine of the Faith said God “cannot bless sin”.

“The presence in such relationships of positive elements, which are in themselves to be valued and appreciated, cannot justify these relationships and render them legitimate objects of an ecclesial blessing, since the positive elements exist within the context of a union not ordered to the Creator’s plan,” it said.

God “does not and cannot bless sin: He blesses sinful man, so that he may recognise that he is part of his plan of love and allow himself to be changed by him,” it added.