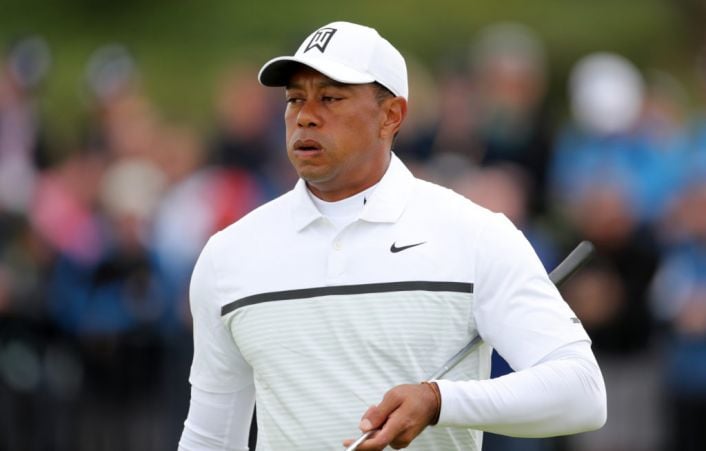 Tiger Woods is out of hospital and recovering at home in Florida after his car crash.

Woods underwent surgery on open fractures to his lower right leg and further injuries to his foot and ankle following a single-vehicle crash in Los Angeles on February 23rd.

And on Tuesday evening the 15-time major winner confirmed he had taken the next step in his rehabilitation.

“Happy to report that I am back home and continuing my recovery,” the 45-year-old said in a statement on his Twitter feed.

Woods added: “I am so grateful for the outpouring of support and encouragement that I have received over the past few weeks.

“Thank you to the incredible surgeons, doctors, nurses and staff at Harbor-UCLA Medical Center and Cedars-Sinai Medical Center. You have all taken such great care of me and I cannot thank you enough.

“I will be recovering at home and working on getting stronger every day.”

Woods was the sole occupant in his SUV at around 7am on February 23rd when the vehicle struck a median strip, rolled and came to a rest on its side near a steep road police say is notorious for crashes.

The former world No 1 had to be pulled out of the vehicle through the windshield.

He underwent surgery that day for multiple fractures to his right tibia and fibula – including having a rod inserted in the former – with additional screws and pins inserted into bones in his foot and ankle.

Northern Ireland’s Rory McIlroy, who has a home near Woods in Jupiter, Florida, said in an interview last week with talk show host Jimmy Fallon that Woods was “doing better” and it would be “great” for him to be back at his home with his family.

Several leading players have said Woods has been in contact with them during his stay in hospital via text messages.

In the PGA tournament in the days after his crash, around a dozen players paid tribute to Woods by wearing his customary Sunday outfit – black trousers and a red shirt – for the final round.

The crash is the latest setback for Woods, hailed by many as the greatest player the game has known during a career which has also brought a record-tying 82 victories on the PGA Tour.

He remains one of the most recognisable sports figures in the world despite a reduced schedule in recent years as a result of nine previous surgeries.

Several of these procedures were to treat chronic back problems, though Woods also famously won the 2008 US Open with shredded knee ligaments and two stress fractures in his left leg.

His personal life imploded in 2009 when he was caught having multiple extramarital affairs, but he came back to win his 11th PGA Tour player of the year award later that year and return to world number one.

He was still at the beginning of an 11-year drought between major titles but after four back surgeries that kept him out of golf for the better part of two years, he won the US Masters in 2019 for the fifth time, amid highly emotional scenes at Augusta.