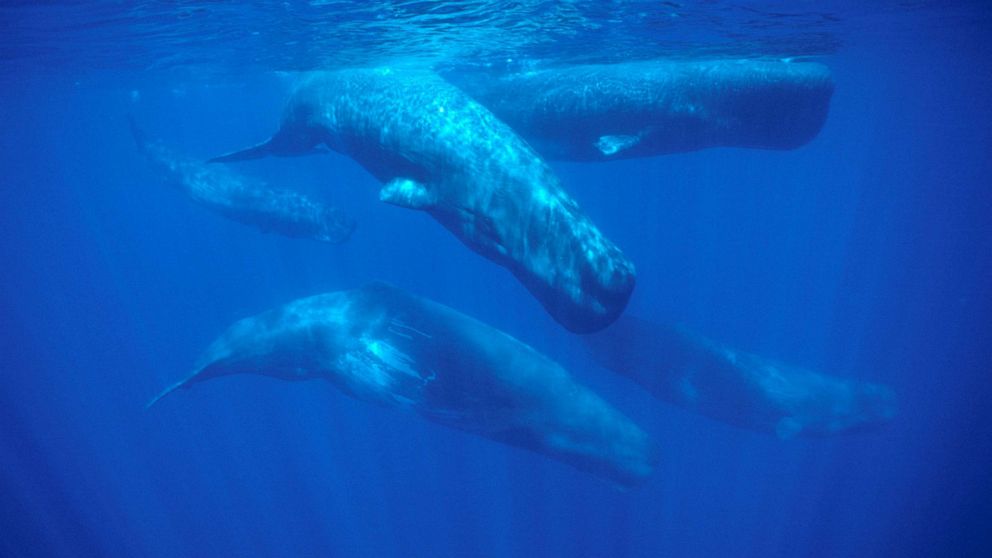 New research is shedding light on the social intelligence of marine mammals when under a threat of danger.

Sperm whales, which were hunted heavily in the North Pacific U.S. in the 19th century, quickly figured out how to avoid humans after the species underwent “rapid social learning” as a defense mechanism, according to a paper published in the Royal Society Journals on Tuesday.

Scientists believe that after the killings began, social units containing about 10 female sperm whales and their calves “quickly learned defense measures from one another,” describing the learning as “an unusual instance of rapid and large-scale cultural change outside humans.”

The harpooning of sperm whales was a major industry in the 1800s. After just a few years of their exploitation, sperm whale kills declined by about 58%, the researchers said, citing digitized whalers’ logbooks.

“This decline cannot be explained by the earliest whalers being more competent, nor by the initial killing of particularly vulnerable individuals,” according to the study.

Rather, it appears that whales “swiftly” learned effective defensive measures when confronted by whalers, especially when grouped with experienced, older whales, researchers said.

The whalers themselves even wrote about defense methods they believed the whales had adopted, such as communicating danger within the social group, fleeing upwind or attacking the whalers, according to the study.

Before humans, the most serious predator sperm whales encountered was killer whales, which they would deflect by gathering in slow-moving groups at the surface and fighting back with their jaws or flukes, researchers said.

That method, however, would have assisted the whalers, so the researchers hypothesized that sperm whales developed new techniques to escape.

The researchers studied the strike rate on 2,405 days of whale sightings to make the determinations.