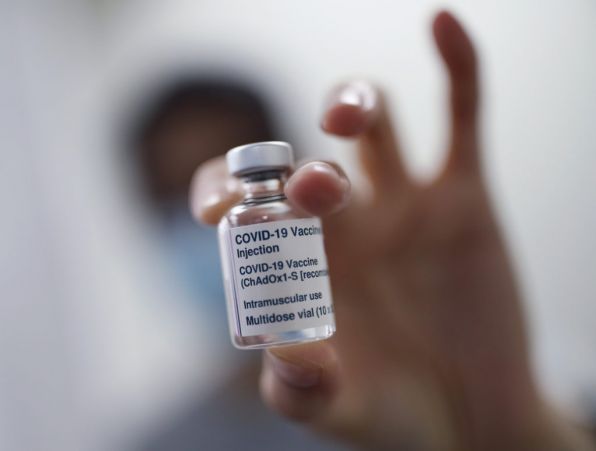 A World Health Organisation expert on vaccines has said people should feel reassured that even if health authorities find a link between blood clots and the AstraZeneca jab, such cases are “very rare”.

Dr Kate O’Brien, who heads the WHO’s department of immunisations and vaccines, said the UN health agency and the European Medicines Agency (EMA) are investigating the possibility of a link.

The potential side effect has prompted some countries – mostly in Europe – to temporarily suspend use of the AstraZeneca vaccine.

“I think the reassurance to the public is that regardless of whether or not the committee ultimately assesses that there may be an association between these events and the vaccine, that in any event, these are very rare events,” Dr O’Brien said during a news conference.

The current benefit-risk assessment from the EMA and the WHO is for countries to continue giving people AstraZeneca jabs, she said. Both organisations are expected to present updated recommendations on Wednesday or Thursday.

Dr O’Brien said in general “vaccine recommendations are dynamic” and are reviewed over days, months, and years. She noted that blood clots occur regularly in the population.

“What we don’t know is whether or not that experience would be related to having been vaccinated,” she said.

“The important point is that if anybody is having symptoms, any serious medical symptoms, regardless of whether you’ve been vaccinated or not vaccinated, it’s important to seek medical care for the presence of those symptoms.”

The comments came at a news conference detailing how a WHO expert panel on vaccines recommended use of Johnson & Johnson’s one-dose Covid-19 vaccine, which has already been granted an emergency use authorisation from the UN agency.

Dr Annelies Wilder-Smith, a technical adviser to the expert panel, noted that studies on the J&J vaccine involving 42,000 people turned up 10 cases of blood clotting in the placebo group and 14 among those who were administered the vaccine. She called that difference “not statistically significant”.

Meanwhile, the WHO reported a 10% rise in new coronavirus cases globally last week, driven by surges in the Americas and Europe.

The organisation said in its weekly update that new cases peaked in early January at nearly five million cases, then dropped to about 2.5 million cases per week by mid-February.

The UN health agency noted that last week was the third consecutive week to see a global rise in new cases, after weeks of declining infections. The WHO said numbers in the Americas and Europe accounted for more than 80% of new cases and deaths in the last week.

In Europe, the agency said new confirmed cases rose by about 6% while deaths have been “consistently declining”. It said the highest numbers were recorded in France, Italy and Poland.